When you watch a Miami City Ballet dancer on stage, you are seeing more than just a body that moves with grace and power, you are witnessing an intimate glimpse into their heart and soul.

The arts have this wonderful ability to bring us closer together because artists put themselves out there for the enjoyment of others. They are incredibly courageous, generous, and intensely vulnerable all at once. Truly, it’s this shared humanity that is experienced when you engage with any artform, especially dance.

As our dancers’ performance season was unexpectedly cut short and we’ve all been forced to practice good social distancing hygiene, one MCB dancer long ago discovered a way to find solace in times of isolation: Alexander Peters the principal dancer who, on stage, exudes an exquisite charm – a sort of lightheartedness mixed with a dash of mischief, all carried out with the self-assuredness of a king.

Alex had a natural predisposition to various artistic mediums as a child. He took piano, drawing, painting, and pottery classes in addition to his dance studies. When he decided to commit himself to dancing full-time as a teenager, his love of painting fell behind. 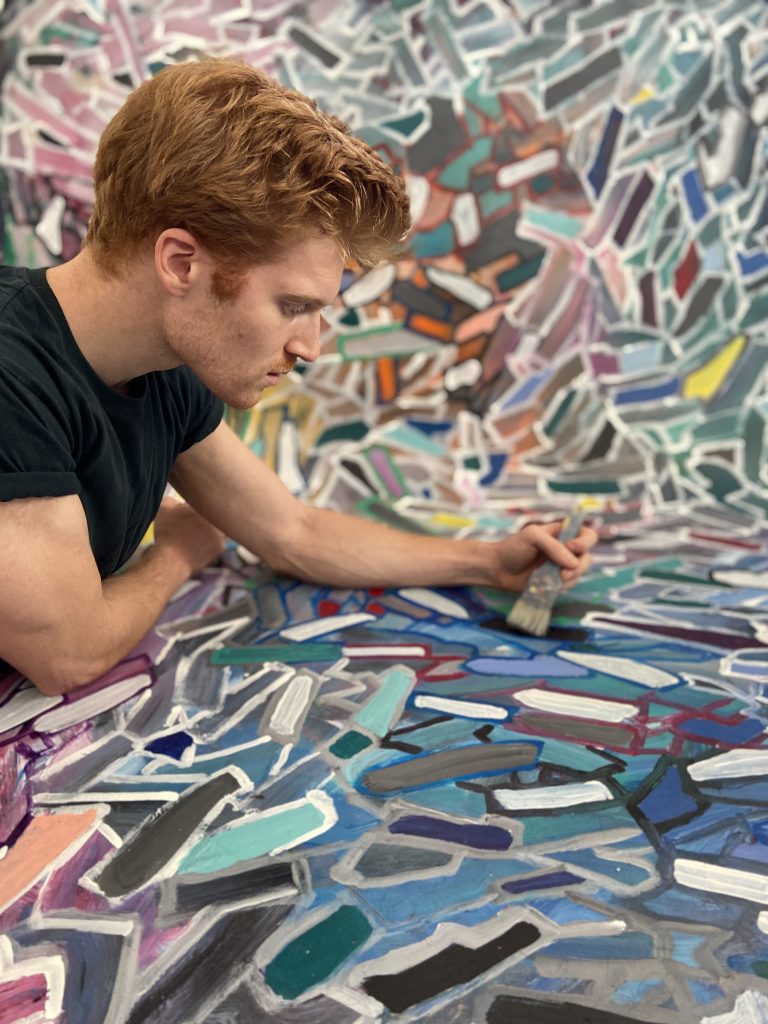 Fast forward 15 years to about 18 months ago. Alex found himself living alone for the first time in years after his husband enrolled in school in Philadelphia. Alone and looking for something to help pass the time, he once again picked up a paint brush.

“Initially, I had no clue how passionate I would become, but now I feel an insatiable need to paint almost every day,” he explains.

He primarily uses acrylic paints, but often incorporates oil, pastels and watercolors. “I’m really drawn to color and texture, so I find combining different mediums has a very satisfying effect and can create a lot of tension and depth. Honestly, I’m an experimental painter… I develop an idea over and over again until I feel I’ve captured my intentions. Some ideas are more successful than others, but no canvas gets thrown out. If I’m dissatisfied with a piece, I will simply start something new on top of it. The buildup of paint in this way, layer after layer, is something that I find immensely interesting. Despite the obvious frustrations—I have a canvas that might have 6 or 7 ‘paintings’ layered on it—these failures can often lead to a very spirited success.”

In ballet, he says, “There is this unattainable perfection or ideal, that I actively avoid in my work. Not because I feel artistically stifled, quite often it’s the opposite given our expansive repertoire – but because painting is just me alone, I feel particularly free and uninhibited. The most obvious correlations between my painting and ballet are color, movement, vitality and geometry, but I have no tendentious intentions. I almost always paint standing up with music playing and do a sort of painters’ dance: traversing the room to change my vantage point and seek different perspectives for inspiration. You could say that my process is sort of like a guided improvisational dance session—I create a theme and then riff off that idea.” 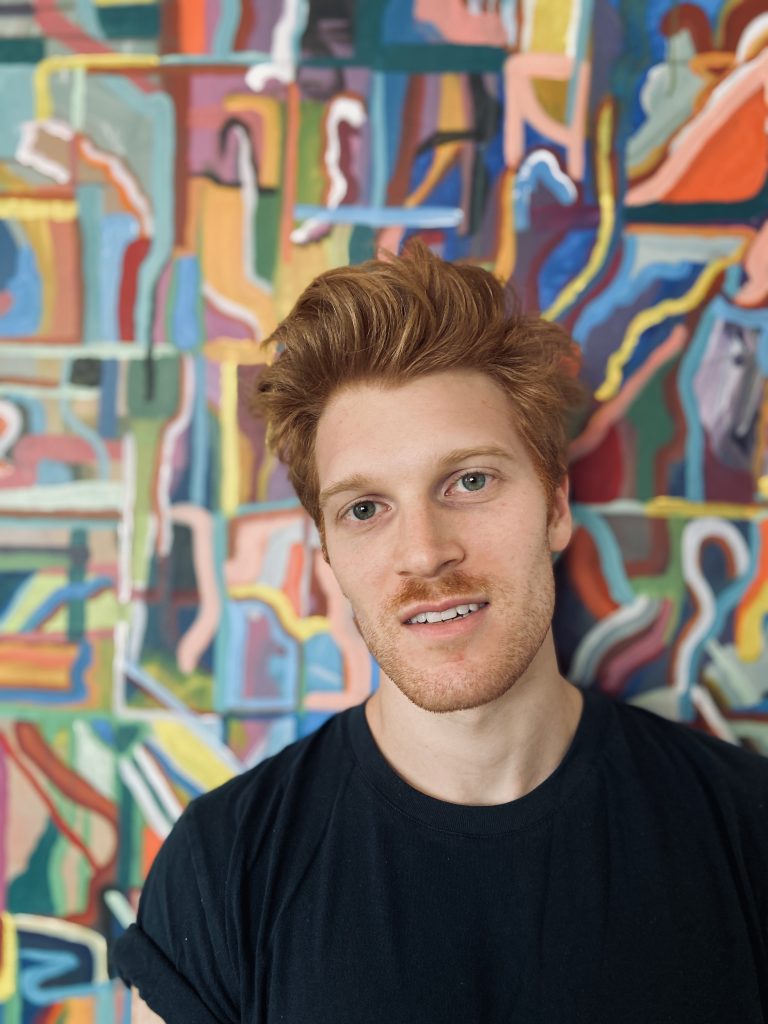 When asked what painting gives to him personally, he explains, “There is a contemporary artist named Yayoi Kusama who created mesmerizing “infinity net” works. She would paint these expansive swaths of canvas for 40-50 uninterrupted hours, following a sort of repetitive rule and gesture. This idea of having a simple guiding principle as an overarching unifier in a piece was very intriguing. Painting is already an incredibly meditative and joyous experience, but I felt there could be something therapeutic about creating my own set of rules and hypnotically following suit. This approach was very calming in its monotony, but ultimately short-lived and boring; I was more excited to break my own rules.”

Remember that mischief he exudes on stage? Pretty sure that spirit also plays a part in his art. And that is a very, very good thing.