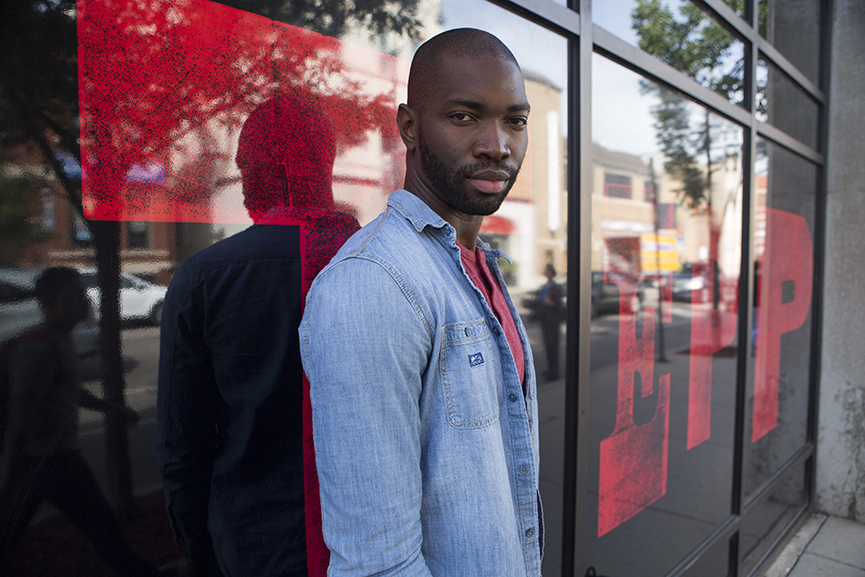 As the country commemorates the emancipation of enslaved Black Americans, MCB wishes to celebrate the Black artists from past to present that have captivated us with their immense talent and courage. MCB dancer Luiz Silva asked his fellow dancers, “Who are the Black artists that inspire you?” Here they are listed below.

Amy Hall Garner
Rising choreographic voice Amy Hall Garner is busy carving out new spaces and a slew of exciting new works for ballet and theater companies across the country. You may remember Amy from her uplifting digital work, ViVA, created remotely during the pandemic. Amy will premiere two new works with MCB as part of our 22/23 season, a world premiere commission and the family-friendly co-production with Joffrey Ballet, Rita Finds Home. Learn more about Amy’s exciting trajectory at Dance Data Project.

Etta James
A career that spanned six decades, Etta James is the world’s most acclaimed modern blues singer. She figured she could take on James Brown’s It’s A Man’s Man’s World because as she put it, she “believed it is true.” Listen to her sultry rendition of the famed song here.

Hilton Carter
Author of Wild at Home and Wild Interiors, Hilton is your go-to plant stylist for greening your interior. Learn more here.

Essayist, playwright, novelist and voice of the American civil rights movement known for works including “Notes of a Native Son,” “The Fire Next Time” and “Go Tell It on the Mountain.” “I am what time, circumstance, history, have made of me, certainly, but I am, also, much more than that. So are we all.”

Jean-Michel Basquiat
Famed neo-expressionist whose art focused on such contrasts as wealth versus poverty, integration versus segregation, and inner versus outer experience. His use of social commentary in his paintings often expressed his views on his own Black experience and racism. “I am not a Black artist. I am an artist.”

Lil Nas X
“… the one thing I’ll always know is that people don’t know what they want until they get it. They didn’t know they wanted a song about taking a horse to the old town road in 2019. But they did.” And we didn’t know how much we wanted Lil Nas X, but we do.

Logan Browning
Fierce female actress and star of Dear White People and The Perfection, Logan is an advocate and activist, using her platform to discuss discrepancies in the representation and rights of People of Color, women, voters, and sustainability. Read more here.

Louis Armstrong was an acclaimed American Jazz trumpeter and vocalist whose career spanned five decades. The New Orleans native and “What a Wonderful World” hitmaker once said, “I never tried to prove nothing, just always wanted to give a good show. My life has been my music, it’s always come first, but the music ain’t worth nothing if you can’t lay it on the public. The main thing is to live for that audience, ’cause what you’re there for is to please the people.”

Robert Glasper
Four-time Grammy-winning pianist, songwriter, producer, and musical arranger working in jazz, acid-jazz, soul, and hip-hop. “The music is going to die if you don’t tap into something that people today can relate to.”

Tarell Alvin McCraney
Winning an Academy Award for the film Moonlight, based on his script “In Moonlight Black Boys Look Blue,” Tarell is the Chair and Professor in the Practice of Playwriting at the School of Drama; and is the Yale Repertory Theatre Playwright-in-Residence. In 2015, Artistic Director Lourdes Lopez tapped Tarell to work with MCB dancers as a dramaturg for the company premiere of George Balanchine’s A Midsummer Night’s Dream. His latest play, the Tony-nominated Choir Boy, is a coming-of-age story that deals with themes of homophobia and bullying, adding to his impressive canon.

Toni Morrison, Nobel Prize winner for her magnificent novel “Beloved” and Presidential Medal of Freedom recipient, was one of the most powerful voices in American literature. “In this country, American means white. Everybody else has to hyphenate.”

Whitney Houston
Gone too soon but her music will forever live on. We can’t help but love “I Wanna Dance with Somebody (Who Loves Me).”