There is a reason Swan Lake has remained the world’s most beloved classical ballet for more than a century. It is an achingly beautiful fairytale told through unparalleled virtuosic choreography and Tchaikovsky’s indelible score that has long surpassed the test of time. It tells the story of young Prince Siegfried who falls in love with Princess Odette. Odette and her companions transform into swans under the spell cast by evil sorcerer Baron von Rothbart. Their days are spent gracefully gliding on a lake only to return to their human form at night. The only thing that can break the spell is true love and Rothbart will do anything in his power to stop it.

Scene I: In the castle grounds

Prince Siegfried enters his coming-of-age celebration with his tutor Wolfgang. His best friend Benno, along with other guests, greets the young man and entertains him with lively dances. Unfortunately, the Queen (Siegfried’s mother) is none-to-happy with the merriment, reminding Siegfried that tomorrow he must choose his future wife. Naturally, the young Prince is not so keen on the idea of his life as a bachelor ending, wanting instead to frivolously enjoy the festivities. Intoxicated, Siegfried and his friends amble into the woods to hunt, with Benno pointing the way to the lake.

Scene II: At the banks of the lake

The swans glide silently under the full moon. The men approach the lake seeking a hiding place to hunt the swans, leaving Siegfried alone. Odette appears before the prince in her human form, revealing that she and the others are the victims of an evil spell. Only true love from a man who has never promised his heart to another can break the spell, adding that it is only after midnight that they are able to take on their human form. The prince promises to break the spell as the sorcerer, who has taken the form of an owl, spies on the blossoming lovers. Benno and the hunters return. They start to advance upon the maidens, but Siegfried stops them just in time. The maidens dance before Siegfried and the others before turning back into swans at dawn. Odette sternly warns Siegfried that Rothbart is a powerful sorcerer who will stop at nothing to keep them apart.

Siegfried has fallen utterly in love, but Odette is distrustful of the young prince. 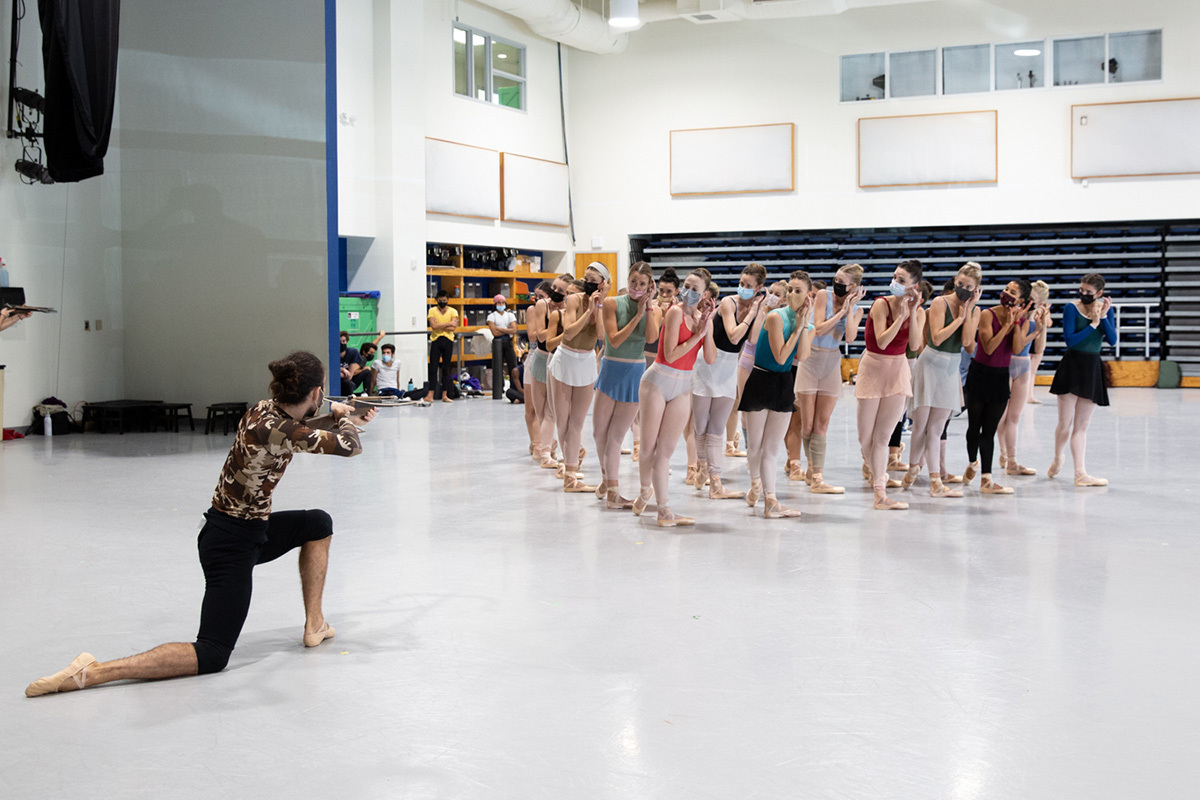 Scene III: In the castle’s ballroom

Guests arrive from every country. Six gorgeous women vie for Siegfried’s hand in marriage. Von Rothbart arrives with his beguiling daughter Odile, a mirror image of Odette. Guests perform festive dances from different countries: a Spanish dance, a Neapolitan tarantella, a Hungarian czardas, and a Polish mazurka. Siegfried only has eyes for Odile who seduces him with her enchanting beauty and dance. Utterly captivated by her beauty, he asks Odile to marry him on the spot. Just then, Odette appears but it is too late, Siegfried has given his word to another. 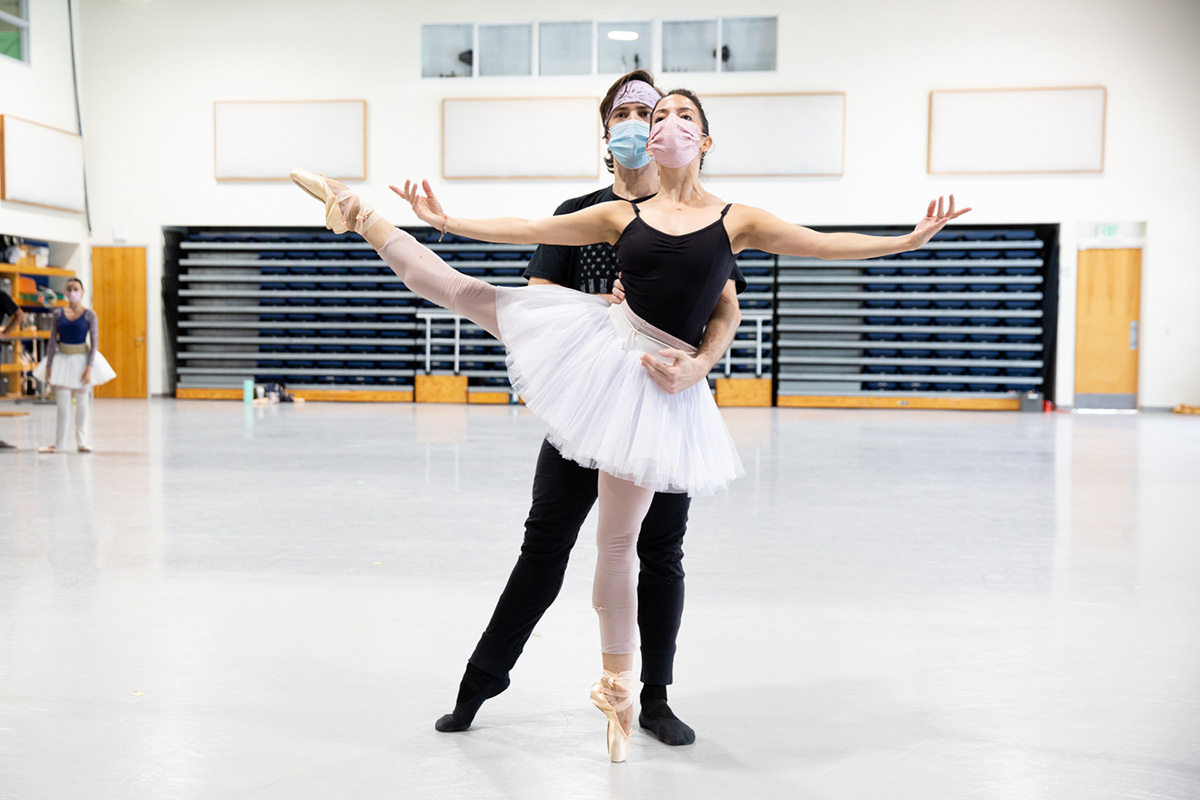 Scene IV: On the banks of the lake

It is midnight and the maidens are waiting for the queen to return. Jilted, Odette tells them that Siegfried has broken his promise to be faithful. The prince enters, wrought with heartache; he searches for his one true love. He finds her and explains that the evil sorcerer tricked him and pleads for forgiveness, but it is too late. She is fated to remain a swan forever and thrusts herself into the lake. He follows her, sacrificing his life. His sacrifice breaks the spell and the doomed lovers are united for eternity in death. 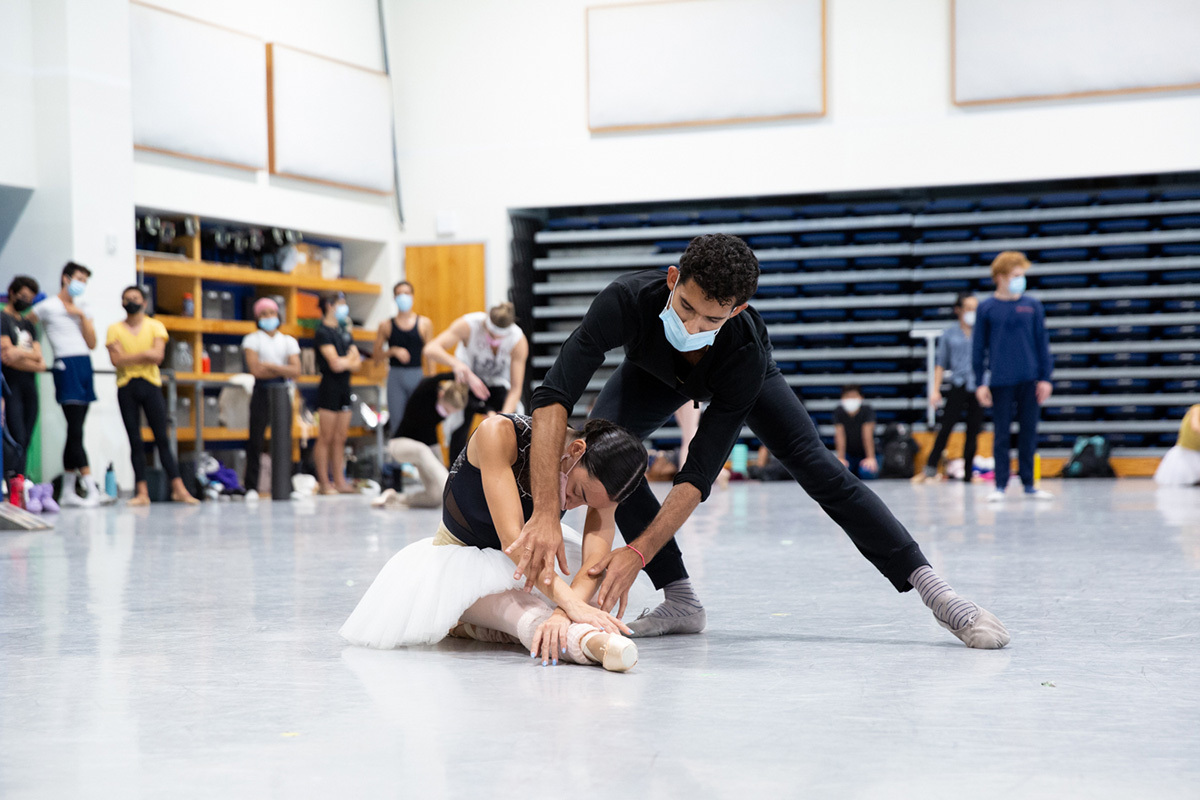