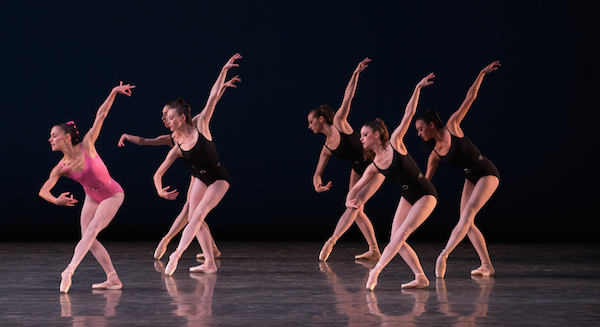 This winter our dancers left behind the warm South Florida weather and headed to Canada for two weekends of special performances, first in Vancouver, British Columbia, and then in Ottawa, Ontario. This marks the Company’s first international tour since 2011.

In Vancouver, hosted by Ballet BC, the Company presented a full program of masterworks by George Balanchine at the Queen Elizabeth Theatre with performances of Serenade, Symphony in Three Movements and Ballo della Regina. The performances, which received high praise, marked the Company’s debut in Vancouver.

The Georgia Straight called the performance,  “a pleasing trip back into an optimistic time when ballet was being revolutionized,” while Review Vancouver said, “Miami City Ballet stole the heart of the audience.”

“The dancers fell in love with the city of Vancouver and Vancouver fell in love with our dancers,” said Miami City Ballet’s Artistic Director Lourdes Lopez. “At the end of each performance we were received with numerous curtain calls, standing ovations, cheering and applause. What a thrill it was to be able to show Vancouver what Miami has right in its own ‘dance backyard’ with Miami City Ballet. This tour has opened the doors for MCB to be presented in other cities such as Ottawa and we remain grateful to our Vancouver presenters, Ballet BC, for helping us achieve this and for receiving us so generously and openly.

In early March, MCB headed back to Canada for the second half of its 2015 Canada Tour. The Company performed in Ottawa as part of the National Arts Centre’s 2014-2015 season, with two Canadian premieres — Alexei Ratmanksy’s cinematic Symphonic Dances and Richard Alston’s sultry Carmen. Balanchine’s cheery Tschaikovsky Pas de Deux rounded out the program.

MCB has several upcoming tours in the works, including performances in New York, Chicago and Minneapolis planned during next year’s 30th anniversary season.

Check out Miami City Ballet on Instagram for exclusive behind-the-scenes photos from our 2015 Canada Tour.