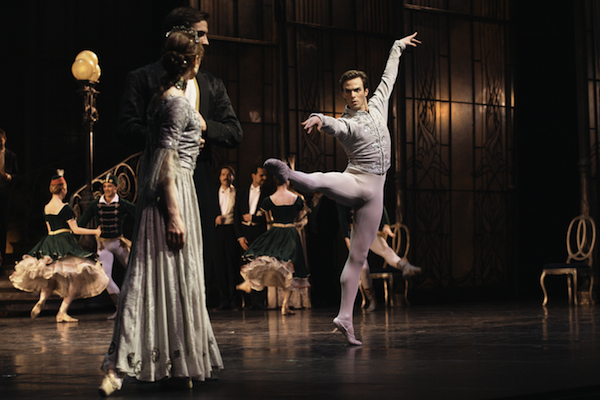 This week, Miami City Ballet welcomed new principal Rainer Krenstetter, an accomplished Staatsballett Berlin dancer. Rainer is one of eight new dancers this season.
We recently caught up with Rainer to learn more about his inspirations, indulgences and why he’s excited to to join the Company.

MCB: What is your perfect day?
RK
: It starts when I can wake up without an alarm clock.

MCB: What is your proudest moment?
RK
: Winning the Prix de Lausanne as a student and as a professional being promoted to principal dancer by Vladimir Malakhov.

MCB: What is your biggest indulgence?
RK: Candy (Haribo)

MCB: What inspires you?
RK: Inspiration is very important in our profession and can be found in my case in little semingly unimportant things.

MCB: What has been your most unforgettable onstage moment?
RK: Entering the stage as Prince Siegfried in Swan Lake.

MCB: What is your dream role?
RK: Lenski in Onegin

MCB: Why Miami City Ballet?
RK: Joining this company offers the repertoire I’ve always wanted to dance (Balanchine, Robbins, etc.). MCB has an excellent reputation and it’s a new non-European experience for my career. Miami is also a great city to live in.