Our dancers have returned to the studios after their 5-week break to start learning a brand new ballet by choreographer Justin Peck. This is Justin’s second ballet for MCB, which will premiere during our final program of the 2014-2015 Season in March. His new work calls for a large cast of dancers and scenery by the popular street artist Shepard Fairey — best known for his work on the Obama Hope poster and also for his large murals adorning local streets and establishments such as the Wynwood Walls and Wynwood Kitchen & Bar.

To capture the creation process behind his new work on our Instagram feed is corps de ballet dancer Emily Bromberg! Follow her at #EmilyMCBphotos to get an intimate look at Justin making choreographic magic! 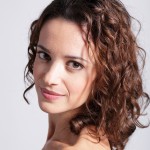 Since the end of our 2013-2014 Season I have kept myself busy by guest performing in Rhode Island, Virginia and New York.  With all of these great guest performing opportunities the last two months, I am ready to start our 2014-2015 Season!

I will be taking over Miami City Ballet’s Instagram feed to share some sneak peaks of Justin Peck’s new ballet, set specifically on MCB dancers! I knew I liked Justin’s work when I first saw ‘Chutes and Ladders,’ but I knew I loved his work when I attended our ‘Open Barre’ performances this Spring. His calm demeanor and insistence on portraying a specific idea using not only the bodies of his dancers, but also the psychological and emotional tools we all carry, inspired me a great deal! I look forward to the next few weeks to watching him create a new piece that I’m sure will be a must see for all of our audiences! – Emily

Get to Know Choreographer Justin Peck!