A trip to the costume shop for Don Quixote!

The lavish, detailed costumes of Don Quixote are one of this classic ballet’s distinguishing factors. The ballet is filled with a variety of costumes including a traditional matador’s “suit of lights,” named for its rhinestones, beads and gold or silver thread, and his swirling capes to fight off the bulls. What makes these costumes so unique is that they evoke the culture and feeling of Spain — where Marius Petipa danced as an impoverished young man. For #TutuTuesday, we are taking a look at the beautiful tutus in Don Quixote that reflect the utmost elegance of a prima ballerina, but embrace the passion and flair that characterizes the rich, culture of Spain.

As most ballet companies do when performing a full-scale production with multiple sets and costumes, we rented our Don Quixote costumes from American Ballet Theatre. They were designed by famous costume and scenic designer Santo Loquasto. These costumes have been worn by some of the world’s most famous ballerinas including Gillian Murphy, Paloma Herrera, Julie Kent, Cynthia Harvey and even Gelsey Kirkland!

When the costumes arrived at our studios, our wardrobe team fit them to our dancers and stitched them accordingly so they fit perfectly. The seamstresses also touched up any missing beads or embellishments to ensure that the costumes looked perfect for the stage!

After an entire month of hard work spread among four seamstresses, one cutter, one draper and one costume artist, these extraordinary costumes are not only complimenting the art form taking place onstage, but are also true works of art themselves.

Miami City Ballet extends a special thanks to Eugenia and Robert P. Strauss for their generous support of costumes for the original production of Don Quixote.

Make sure to see these beautiful works of art brought to life onstage during our final program of the season Don Quixote! 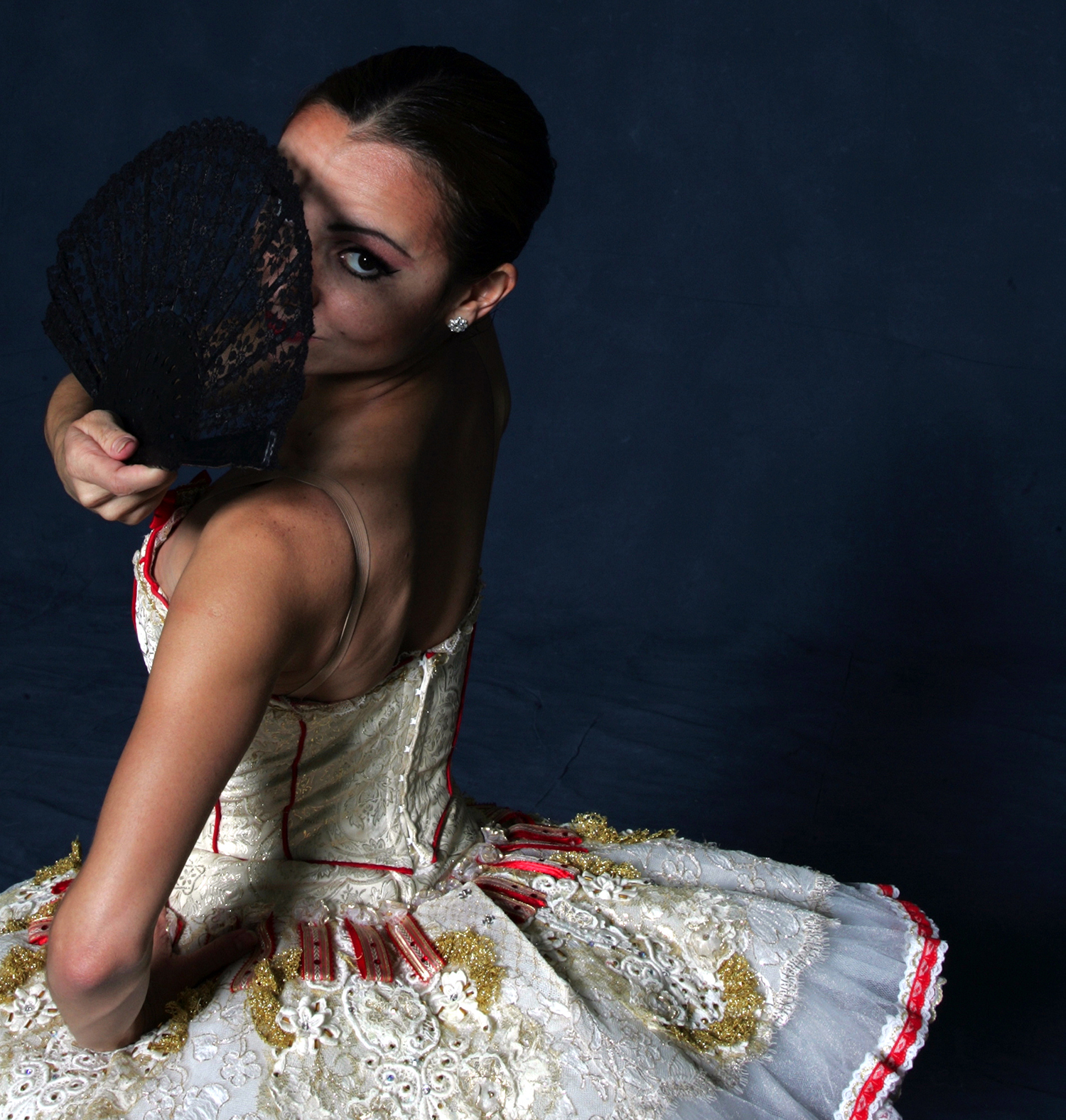 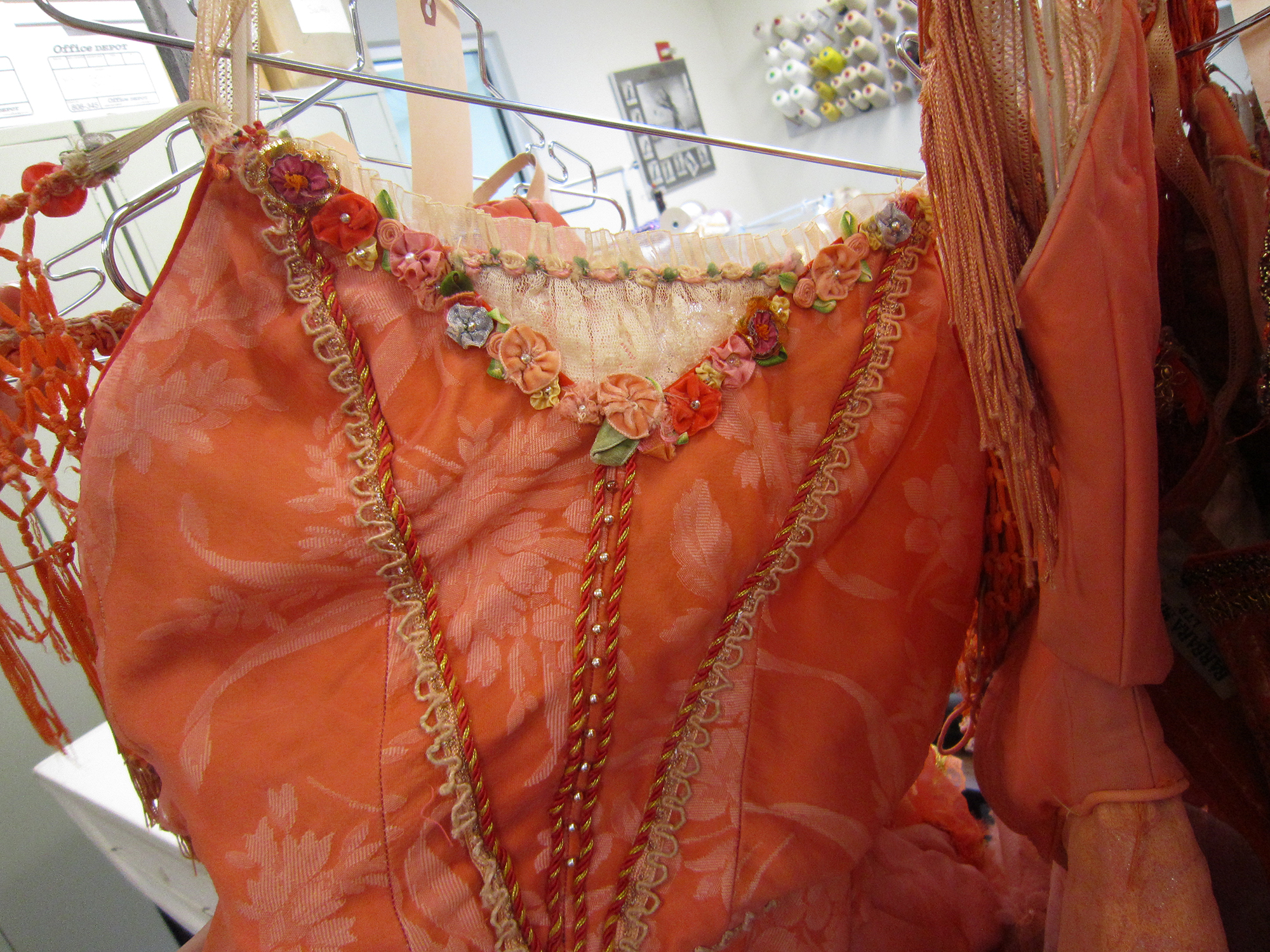 The beautiful details of Kitri’s bodice. 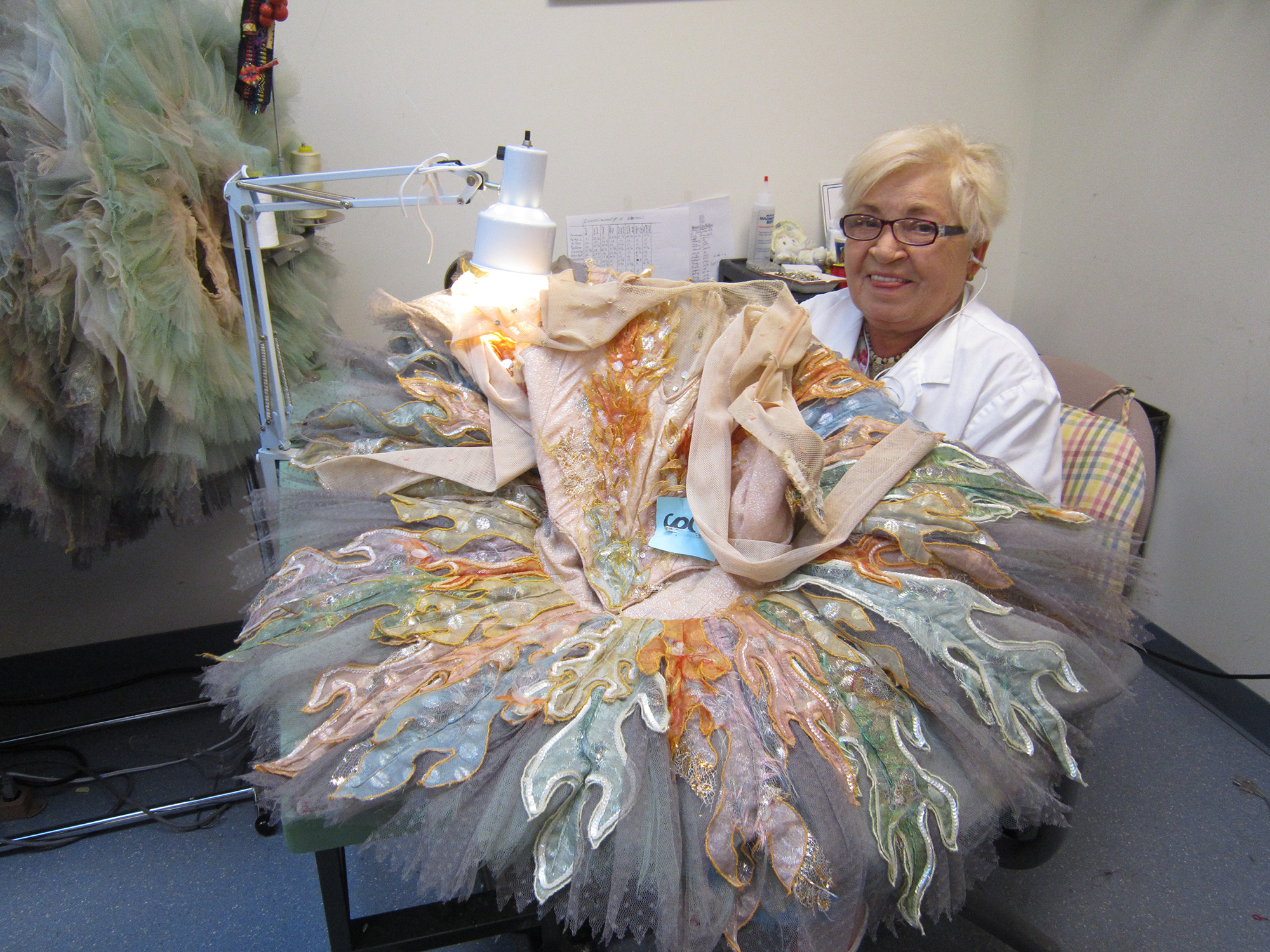 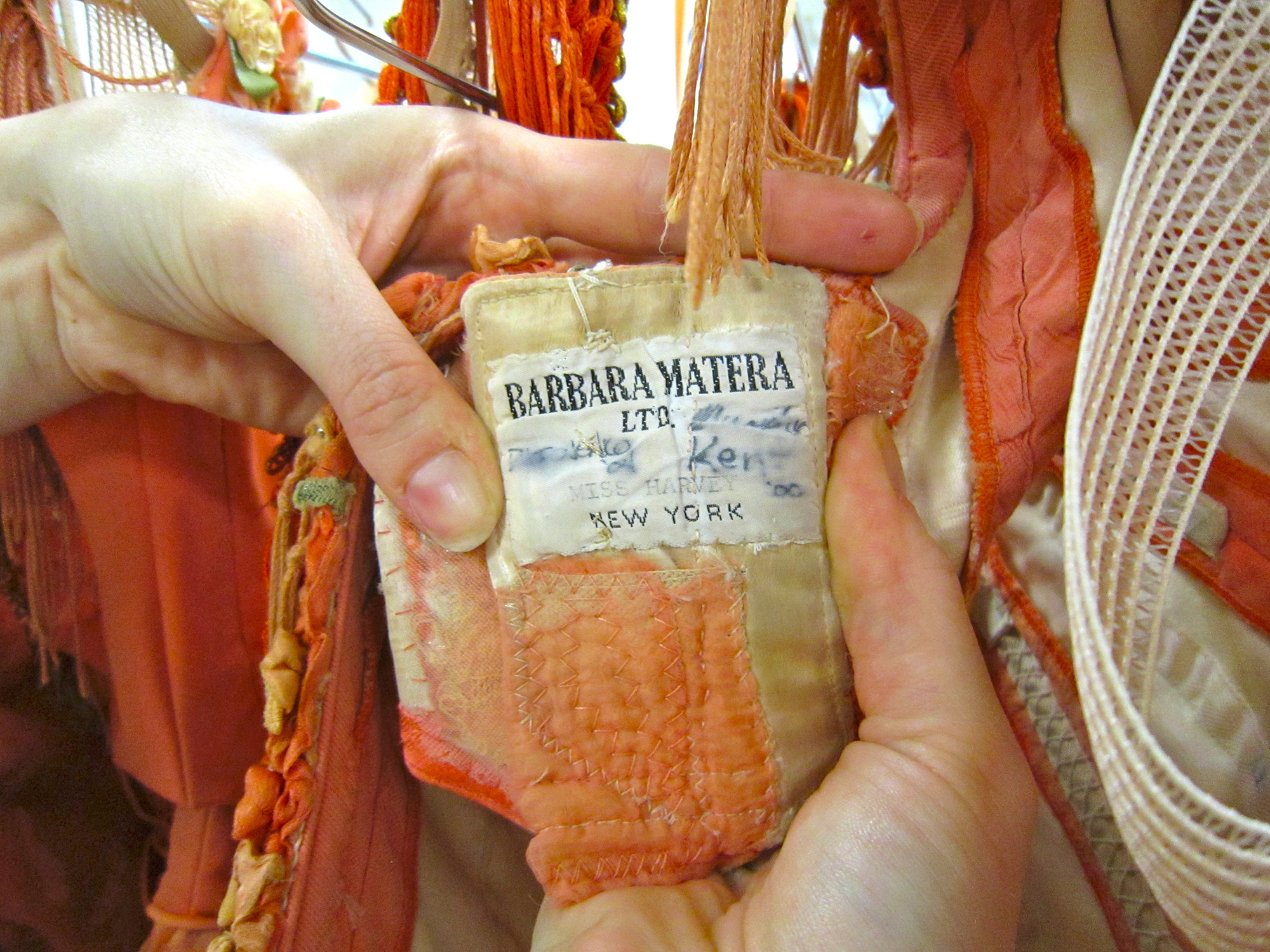 Can you see the names of the ballerinas? 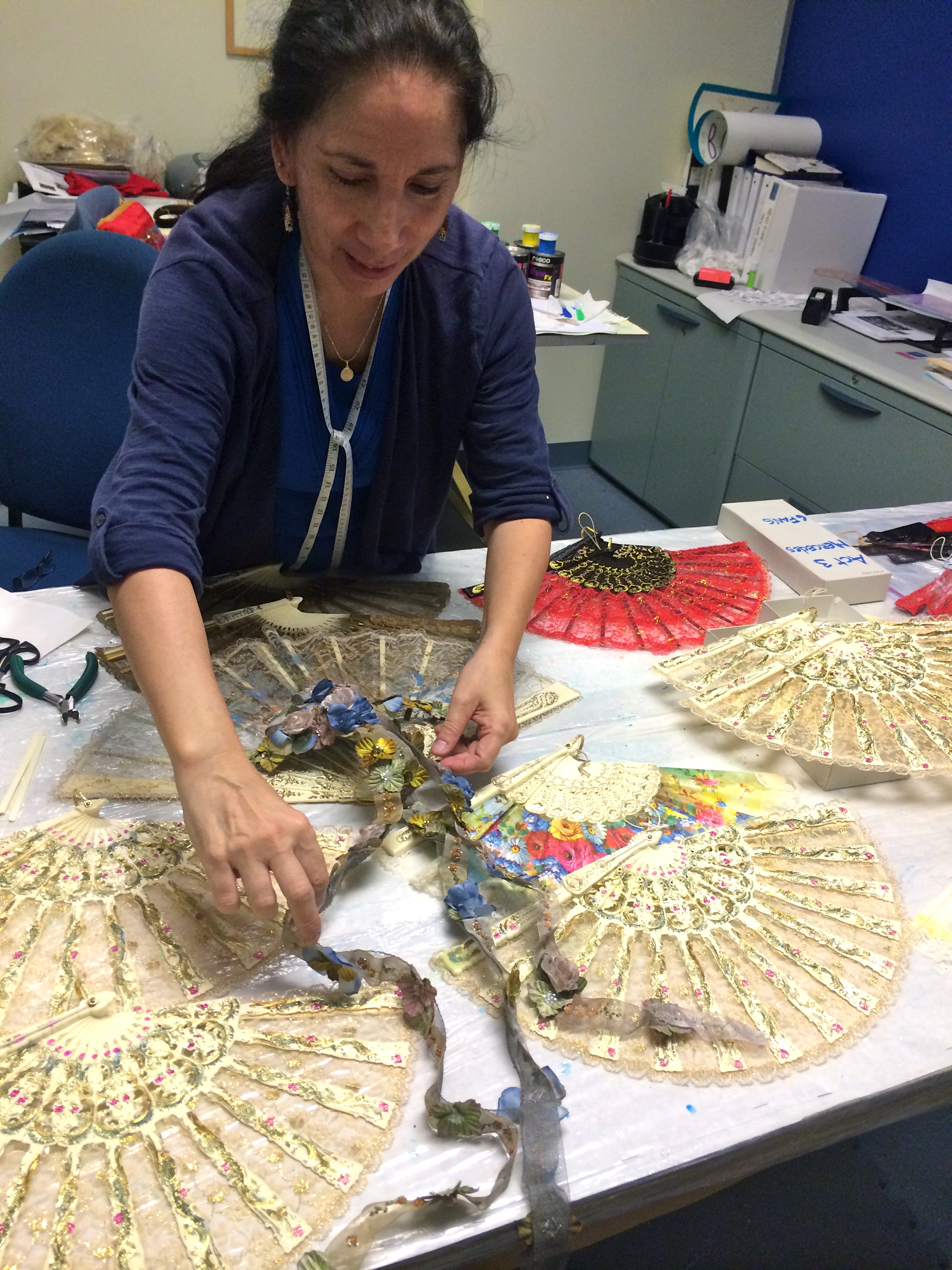 Costume Arist Maria Morales adds extra plastic to the sides of the fans to ensure that they are strong enough for performing.
Share
Post tagsCostumesDancerDancersDon QuixoteMiami City Balletperformancespress