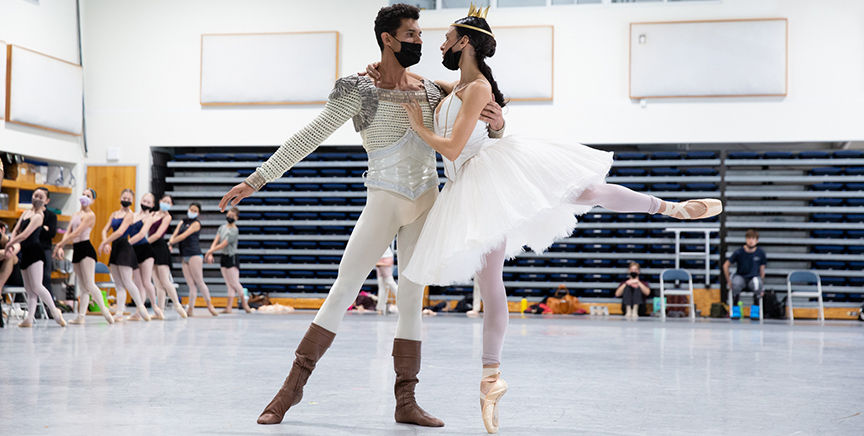 White Swan/Black Swan: The Role of a Lifetime

Nathalia Arja will never forget the Saturday night two years ago, after a final performance as the Firebird, when she got the news that she would be promoted to principal dancer of Miami City Ballet. Three weeks later, the remainder of the 2019-2020 season was canceled and the long lockdown began.

This February, Nathalia will debut as Odette/Odile in the North American premiere of Alexei Ratmansky’s Swan Lake. This is MCB’s first full-length Swan Lake, having previously only done George Balanchine’s shortened Act II version. It is a noteworthy accomplishment for Nathalia, a rising star since she joined the company in 2010.

Nathalia says that learning the ballet directly from Ratmansky is an honor, but physically and mentally hard.

“Mentally it has been the most challenging because of how demanding the ballet is, but also Alexei’s version adds an extra layer.” Swan Lake is already notoriously difficult; his touch put more pressure on her to get it right. If he is tough on her, it is because he believes that she can do it.

From early in Nathalia’s career, the choreographer saw something unique in her dancing – a quality that can’t be taught or attained. In his first ballet for MCB, Symphonic Dances, he cast her as the War Girl, a featured role, when she was in the corps de ballet. Whatever “it” was, she had it.

“I feel like he saw something that no one else did until I started working with him. He really has brought out this side of me in my dancing. Even at a young age with War Girl, there was something about my dancing that connected with the way he views ballet dancers. What an honor and a gift for me.”

She still feels, occasionally, in denial about it. But it’s not a fluke. 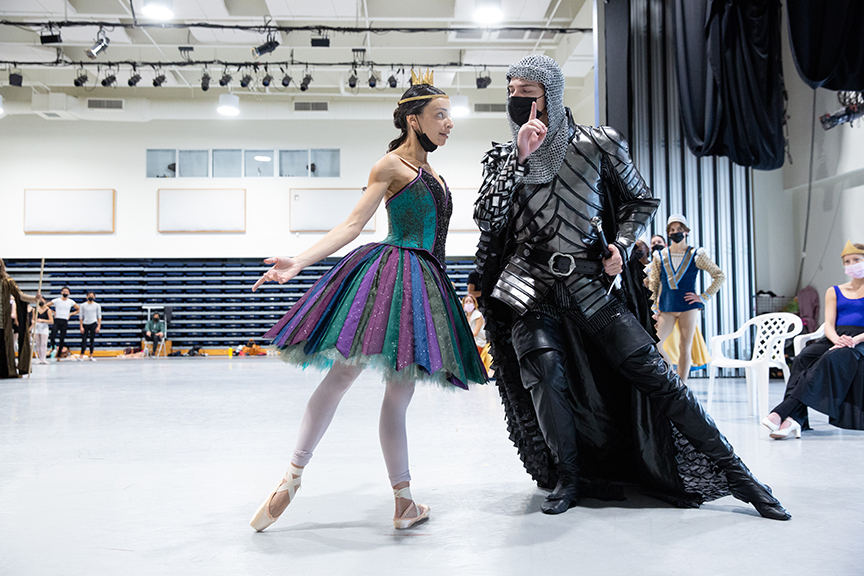 Once again, under his direction, Nathalia has been able to explore and access new sides to her dancing. “It’s definitely pushing me to places in my dancing and my technique that haven’t really been touched.”

She had to go back to her Vaganova roots and revisit steps that are more common in the classical canon, not the Balanchine style that she is used to. Nathalia is known for her fast, powerhouse dancing. Swan Lake is the opposite – the pinnacle of classical ballet.

It’s not just the dancing that she had to master. Odette/Odile is a famously dramatic, dual role and Ratmansky wants each to be portrayed as human first. Nathalia describes working with him on Odette as a genuine, layered character, not just as a suffering figure.

Odile is her fiery, cunning counterpart. At the ball, she is not disguised as a black swan, rather as a courtier who enchants and deceives the Prince. 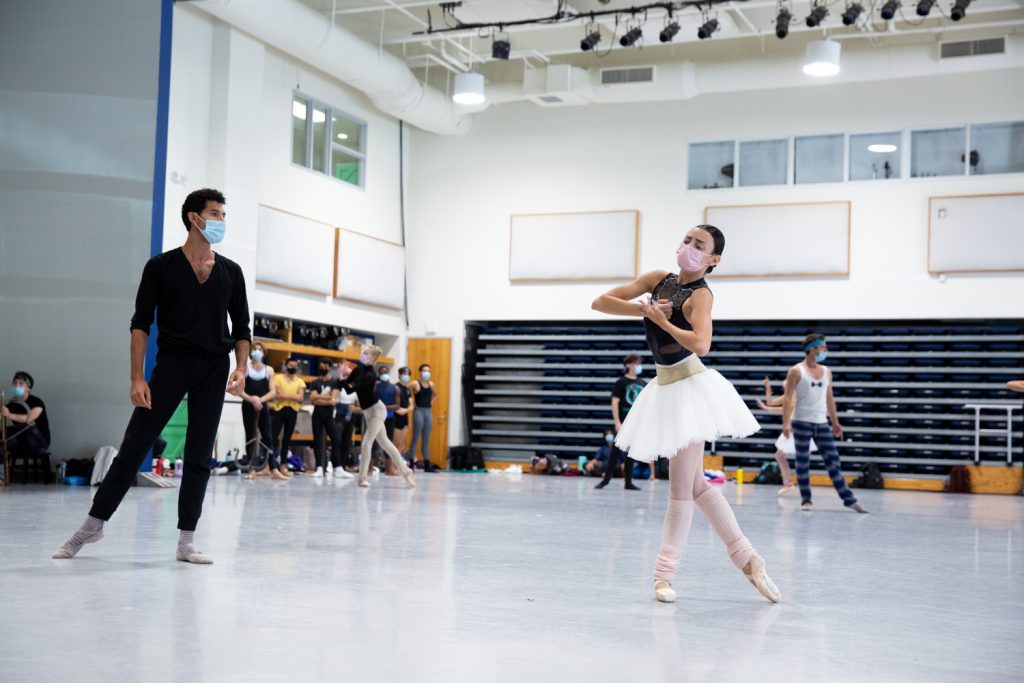 Ratmansky’s version is full of pantomime that conveys these characters, conversations, and emotions with just movement.

“I have never worked so hard in pantomime until now. I’ve done other full-lengths before, but his version is much more than just technique. There were rehearsals where we just worked on pantomime.”

Yet Ratmansky’s version is more than the combination of steps and acting. “He keeps reminding us not just to do the steps. Each step has a thought, has an emotion. Working with him has shown me how it is beyond steps. There is a whole story that you’re going through in your head.”

She explains that there are ballets and characters that are showy – like Kitri in Don Quixote with her thrilling leaps and turns. Kitri is performing for the audience. But Nathalia does not see Odette, in the pas de deux for example, as a performance. It’s almost like the audience is watching an intimate moment unfold. She is not dancing for them; she is creating the art and they are simply experiencing it come to life.

When she makes her spectacular entrance — after all the notes, corrections, and practices – Nathalia’s final touch will be her own, to dance it all with that ineffable quality of hers. It is what Ratmansky saw in her from the beginning, and why he is entrusting her with his vision.

“It’s been a journey of ups and downs for me because I am hard on myself, and I would like to achieve the things that he’s looking for. But then there’s the other side that I have to remind myself…to remember the essence of my dancing. I can’t forget what makes me, me.” 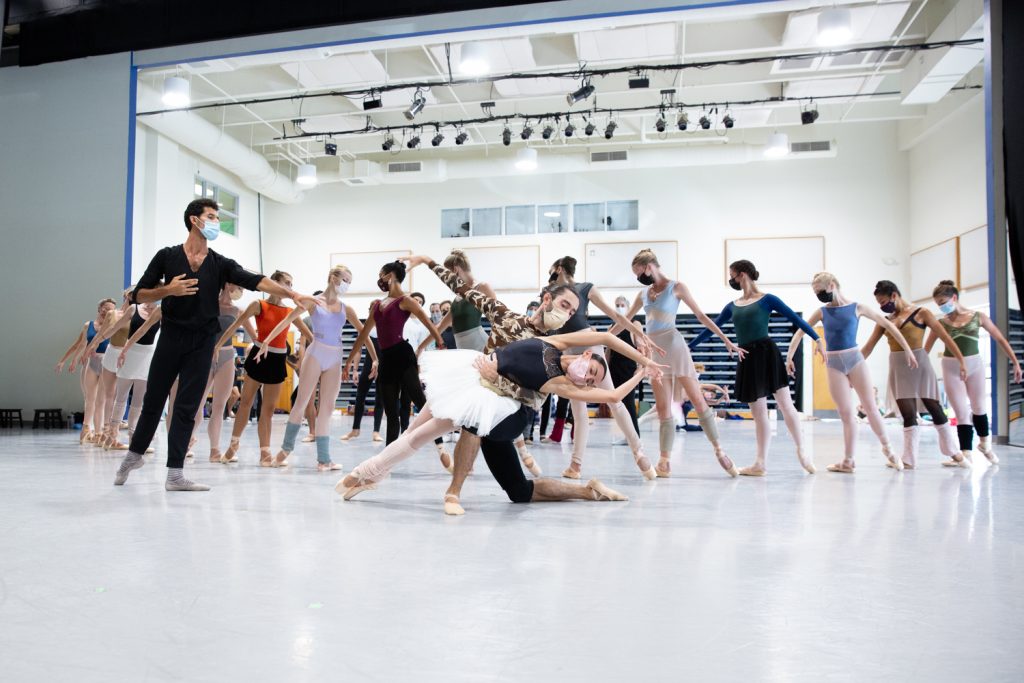 Experience all the romance and drama of Alexei Ratmansky’s Swan Lake.