In Conversation: The Making of ViVa

Created in response to the pandemic, ViVa unites two of America’s premier dance companies as Amy, a master at blurring genres, intertwines the world of ballet and modern dance in a celebration of life and love, connecting the human spirit and two great cities through the joy of dance.

Creating a new work virtually is not without its challenges but also provides innumerous rewards as Samantha shares, “I can honestly say that the overall process changed the way I view dance. The digital platform proves that art cannot be halted, and these virtual creations can break down walls for audiences all over the world to experience dance from a new perspective. After three weeks of Zooming with Amy in Baton Rouge and John in NYC, I found myself standing at the Lincoln Road studio face to face with a robot and a drone overhead! It was really neat.”

When PTDC Artistic Director Michael Novak called John to ask if he would like to be a part of the collaboration, he was elated, “I was itching to get back into the studio. Add to that, Miami is my hometown and Miami City Ballet was where I first studied dance, this was a very exciting opportunity that I could not wait to be part of.”

Amy may not have been physically present during the creation of ViVa, but that did not prevent both dancers from experiencing an almost immediate bond with the erudite choreographer.

“Amy Hall Garner exudes intelligence, motivation, understanding, and sincerity. She makes you want to leave everything on the dance floor and not second guess your choices.  She emphasized the word energy with me and wanted to see vibrancy and strength in my attack.  She said, ‘dance through your fingertips’, and since then, I have been!”

John adds, “Surprisingly, the choreographic process over Zoom was fairly easy and went smoothly. Amy was very clear about what she wanted, and I was so ecstatic to be back in the studio that the whole thing felt like a blessing.”

Considering how popular and frequently Taylor’s works are performed by MCB, a collaboration is perhaps long overdue.

For John, collaborating with MCB is, “a dream come true.” The Miami native fondly recalls his years dancing the role of Prince in George Balanchine’s The Nutcracker® as an MCB School student and the first time he saw MCB perform Taylor’s Promethean Fire, he was in awe of the dancers surging the stage and thought it was one of the most beautiful things he’d ever seen. Today, it is one of his favorite works to perform as a member of PTDC.

Samantha too has had the pleasure of performing in three of Paul Taylor’s iconic works. She performed Mercuric Tidings during her first season with MCB and recalls, “standing in the wings for the very last entrance feeling energized and eager to complete this brilliant creation! I have also performed in Sunset and Company B. ‘There Will Never Be Another You’ in Company B, made me feel as if I had traveled back in time. His movement gives you liberty alongside the tools you need to tell a story while facing your emotions head on. He is just a genius.”

“A dancer who can’t dance is like a bird with clipped wings,” says John. That’s why getting to do this process and collaboration, in spite of a global pandemic, with seemingly insurmountable obstacles, does in many ways, make this project very special.” 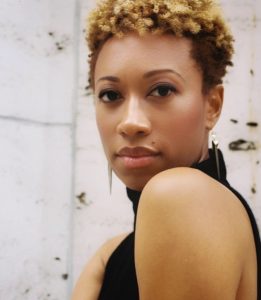 Garner was one of the first recipients of Joffrey Ballet’s Choreography of Color Award. In 2018, Garner was selected for Alvin Ailey’s New Directions Choreography Lab. As a dance educator, she has taught at some of the USA’s premier training institutions, including American Ballet Theatre and Joffrey Ballet School, along with many residencies and masterclasses across the country.

A native of Huntsville AL, she is a graduate of The Juilliard School and is now based in New York City. Currently, Garner is an adjunct professor at New York University’s New Studio on Broadway at Tisch School of the Arts.

Thank You For Your Support

This work is a gift to our community because we believe in the healing power of the arts, the joy and connection they bring. Our dancers and creative teams continue to bring the beauty of dance to our community because of people like you who have donated. As we look ahead to a changed world, we depend on the vital support and generosity of our audiences and donors. If you can help, please consider donating.

This digital commission was made possible through a generous grant from the John S. and James L. Knight Foundation. Filming was made possible with the generous support of Michael Comras and The Comras Company, South Florida’s most recognized name in retail leasing, marketing, and development. Special thanks to the Lincoln Road Business Improvement District and Oolite Arts for their support.

Major funding for Miami City Ballet is provided by the John S. and James L. Knight Foundation and the Ford Foundation.

Miami-Dade County support is provided by the Miami-Dade County Department of Cultural Affairs and the Cultural Affairs Council, the Miami-Dade County Mayor and Board of County Commissioners. Performances and programming in Miami Beach is provided with the generous support of the City of Miami Beach and the Cultural Arts Council. Support for Miami City Ballet in the Palm Beaches is generously sponsored in part by the Board of County Commissioners, the Tourist Development Council and the Cultural Council for Palm Beach County. Broward County funding is provided in part by the Broward County Board of County Commissioners as recommended by the Broward Cultural Council. The Company is sponsored in part by the State of Florida, Department of State, Division of Cultural Affairs, and the Florida Council on Arts and Culture.