“Romeo and Juliet” shows Miami City Ballet in all its splendor

For ballet lovers and knowledgeable audiences (including critics, who are nothing more than specialized spectators), attending all performances provides true enjoyment in any season of a repertory ballet with a plot performed by a big company.

You already know what the play is about. But the key is discovering how the cast transforms it into something personal. Although in some countries, it’s common to say, “a ballet by Tchaikovsky,” and in others, you will be using the expression “a ballet by Balanchine,” the truth is that once the composer and the choreographer have created the work, the staging of it belongs entirely to the performers. Dance is also theater, and it is the performances of the dancers that make the difference.

The first three performances of the Miami City Ballet (MCB) season at the Adrienne Arsht Center in Miami with “Romeo and Juliet” (music by Sergei Prokofiev and choreography by John Cranko) turned out to be an excellent offer. It was a tremendous success on Sunday when centralized by the charismatic couple of Isadora Valero and Brooks Lendegger.

And the whole season can be described as a great event because they showed the company directed by Lourdes López not only as a group in all its splendor but also as a hotbed of stars. And we must remember here that stars are essential in any company organized by categories.

Katia Carranza is a star and an elegant dancer whose expressive authority allows her to conceive and project a very youthful Juliet but one that illustrates how women have always matured emotionally before men. In the original play, Juliet is only 13, and Romeo is about 16. But, of course, being 13 or 16 then is nothing like being 13 or 16 today.

Renan Cerdeiro is a sensitive interpreter and an ideal partner for a figure of Katia’s artistic stature. They opened the season on Friday night and did it in style, offering a couple’s work of impeccable texture.

On Saturday night, the freshness of Nina Fernandes’ almost childlike Juliet and the joviality of Cameron Catazaro’s Romeo captivated the audience. Their debut developed into a pleasant experience and a very worthy achievement. When they dance or act together, they stand out for their honesty, and when interacting with other characters, they draw attention to their ineffable naturalness. 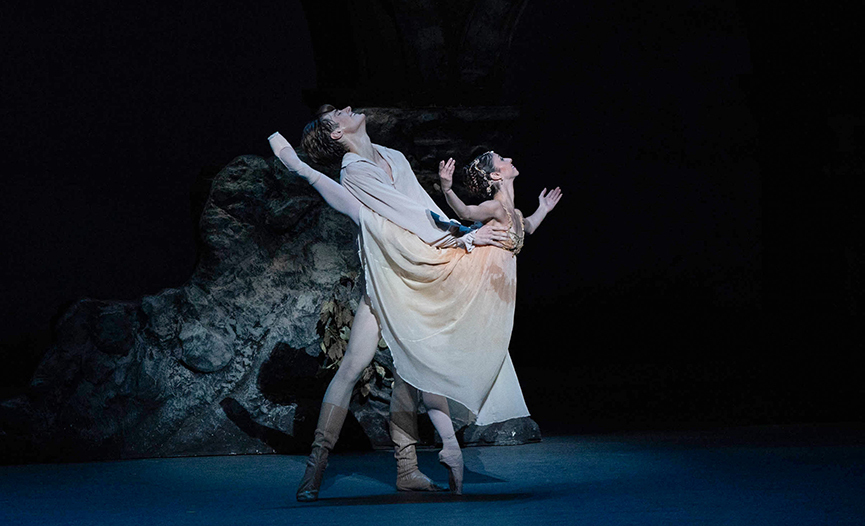 The third and final performance shows that history often repeats itself.

In February 2003, a Sunday performance at the Jackie Gleason in Miami Beach with a classic (“Coppelia”) was a “star is born” event for Katia Carranza (“a luxury milestone for a soloist,” we called it then) and her Swanilda remains vivid in our memory.

Now, Isadora Valero’s exquisite Juliet – her debut in the role – seems destined to be an indelible memory. Her performance threads the character’s story with unusual candor as she dances with dazzling poise. This is undoubtedly the appearance of a rare talent, clearly destined to have an outstanding career. 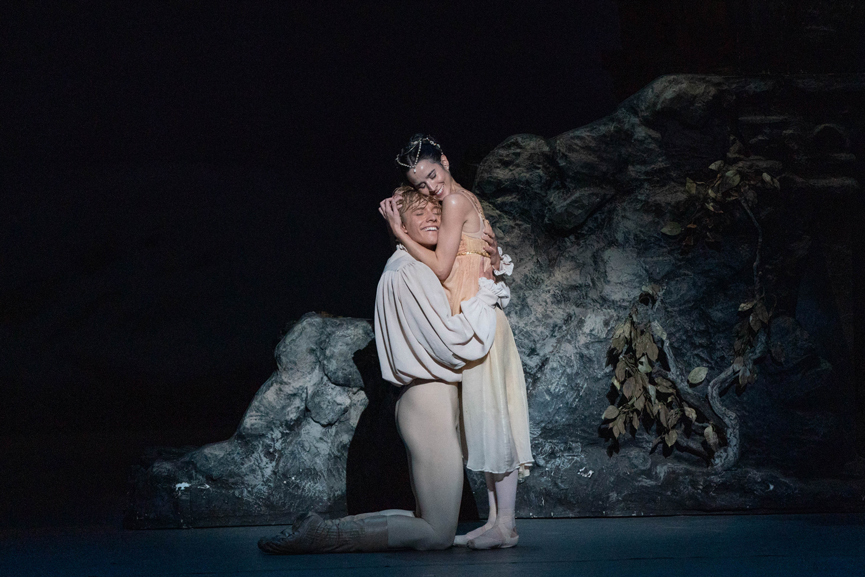 At his side, the seductive Brooks Landegger – also in his debut – is a real discovery playing Romeo. Brooks is as close as you can get to a movie matinée idol of yesteryear. His smile -reminiscent of Baryshnikov’s in his younger years- appeals to the complicity of the spectators, and the applause he receives in response to the slightest of his provocations is absolutely deserved. Brooks Landegger is a name to watch closely.

But it’s not just the dancers in charge of the leading roles who offer outstanding performances in MCB’s “Romeo and Juliet.” All dancers in secondary or incidental roles equally deserve recognition, members of the corps de ballet included.

The excellence of Damian Zamorano as Tybalt, Chase Swatosh as Count Paris, Andrew Larose as Benvolio, and Tricia Albertson as Juliet’s nurse is worth mentioning. Without forgetting Alexander Peters, Alexander Kaden, and Shimon Ito, who alternated the role of Mercury, Luiz Silva as the King of Carnival, and Jordan-Elizabeth Long as Rosalinda. 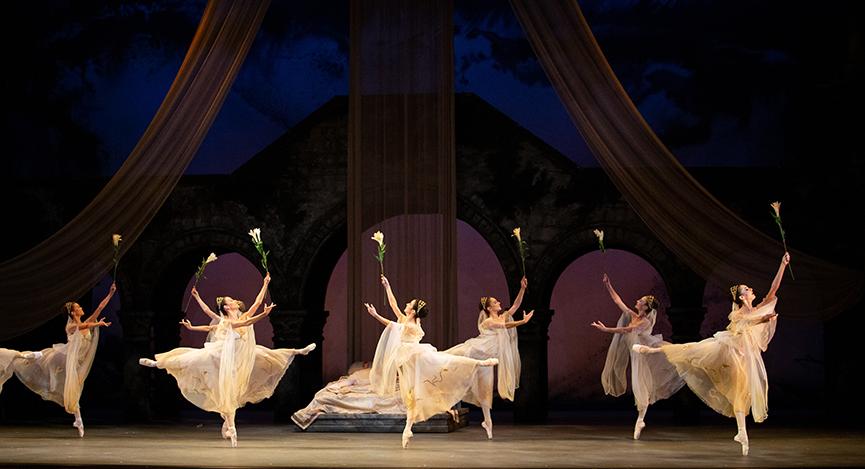 To finish, we must celebrate the return of Gary Sheldon as the head of the orchestra. Live music adds an enormous charm to MCB performances. And the audience recognizes it when Sheldon appears onstage at the end of each performance and is rewarded with the approbatory exclamations reserved for exceptional artists.