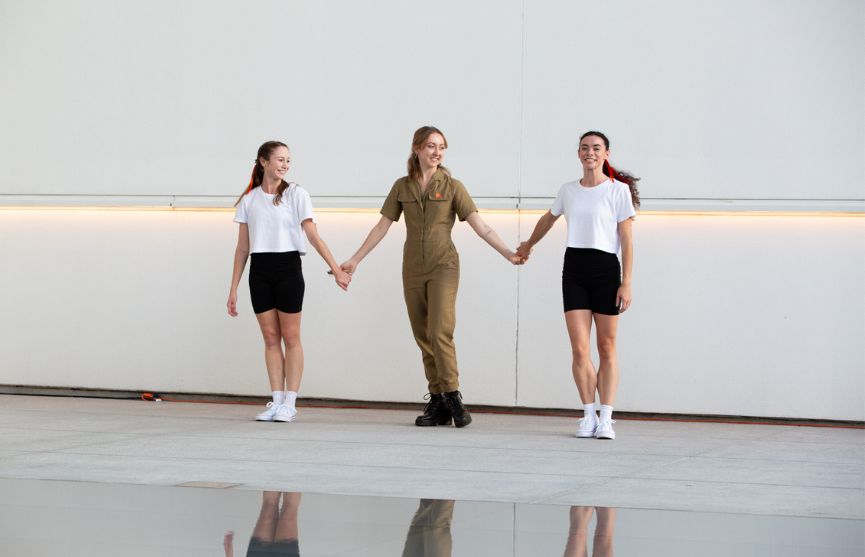 A Future of Love and Acceptance: Conversations on Pride with Alaina Andersen

On June 28, 1969, after a police raid at the Stonewall Inn, New York City’s gay community broke out in an uprising which became a catalyst for a modern gay rights movement and the beginnings of Pride month.

As we reflect on Pride month, its history and the future of ballet, MCB dancer Alaina Andersen shares with us what Pride means to them, queer visibility in ballet and two queer-oriented new works recently created by Alaina for our MCB Pop-Up Performances.

What does Pride Month mean to you?

Pride to me means visibility. It’s a month of acknowledgment and celebration of the LGBTQ+ community, commemorating the past and hoping for acceptance and love in the future. 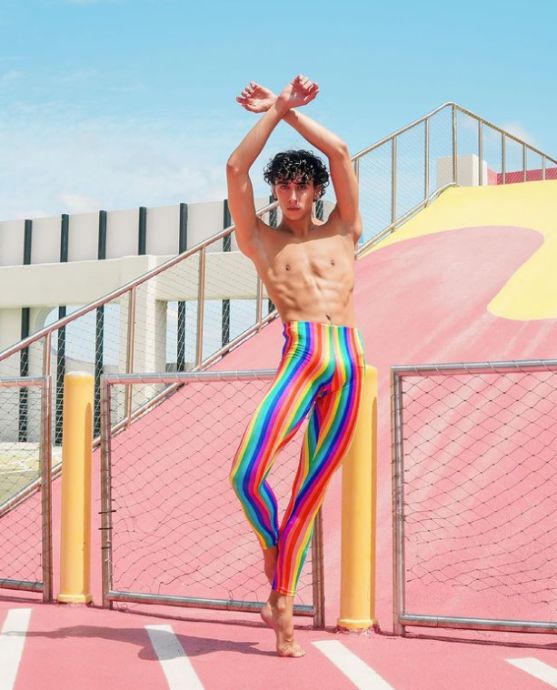 How do you identify?

I identify as bisexual, but sexuality is highly fluid so I don’t necessarily love putting labels on myself, though they are very helpful for many!

Can you share your perspective on ballet stories that have historically been steeped in male/female stereotypes?

Most of the classic story ballets are rooted in stereotypical female/male roles; Sleeping Beauty and Le Corsaire for example, but many other story ballets depict strong women, women who are fierce protectors of their lovers and are willing to sacrifice it all for their men and their group of female counterparts, their flock (Swan Lake) if you will. These classics have so much relevance and hold so much truth today.

I do feel it is problematic to perpetuate solely the male/female love story in today’s society that is so much more rich and varied in terms of who loves who. 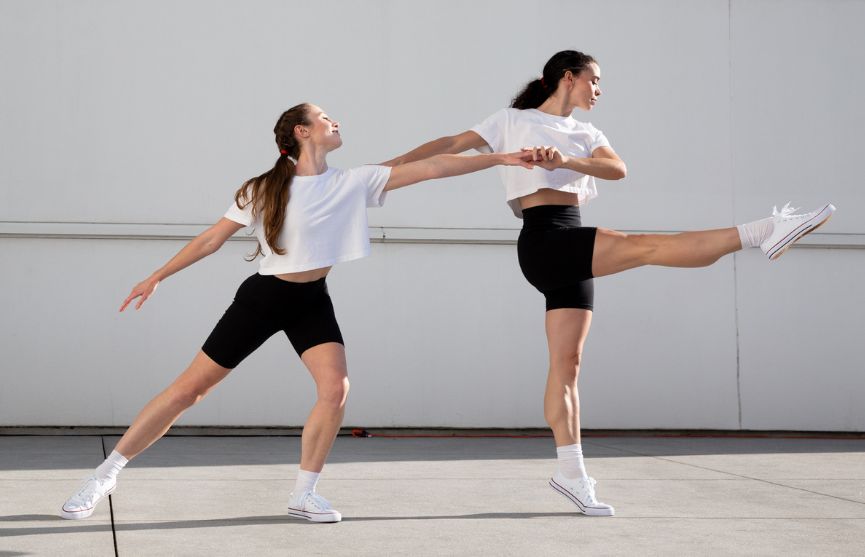 Why do you think queer visibility is important in ballet?

Queer artists make up a vital population of the ballet world, and it’s only fair that we are proportionally represented, whether it be through freedom of gender expression in new works or breaking down the gender binary in already existing works.

You recently choreographed two works for our pop-up series, Tang and Fire. Can you explain the themes you wanted to explore in each?

Both Tang and Fire were queer-oriented works that weren’t necessarily overtly queer, but that’s what I love about the term; it doesn’t have to follow any guidelines or rules! It’s very broad!

Tang was the first piece I choreographed, and I was more interested in exploring the movement style that would accompany the electric, intense music it was set to. After working more with Jordan and Francisco, however, I found myself wanting to explore the symbiotic nature between the dynamism and softness two men dancing with another could create. There was a lot more equality in their movement, which I thought was very interesting. They both could lift one another but they could also have tender moments that would traditionally be deemed “feminine”.

Fire was similar to Tang in that it was two dancers of the same gender, but the movement was much softer. Nicole and Adrienne have been friends for over a decade and have danced side by side in so many ballets, so it was beautiful for me to witness how comfortable they were exploring partnering together. I wanted to explore how to express sapphic love through movement, and I think because the two of them had such a close relationship to begin with, it only aided the process.

Can you explain your process when partnering two people of the same gender?

When exploring partnering with two people of the same gender, I think more of them sharing weight than creating a dynamic in which one person is the “lifter” and the other “gets lifted”.

It’s more interesting to me when dancers are stripped of those traditional gender norms and they can both support and hold one another without the unequal partnering dynamic that can unconsciously be maintained within the partnership of a man lifting a woman.

It was a new challenge, as well, for the dancers who are used to partnering one specific gender; there were more conversations about what each person needed from the other and a lot more collaboration between myself and the dancers as we discovered both limitations and newfound abilities in their partnering skills. 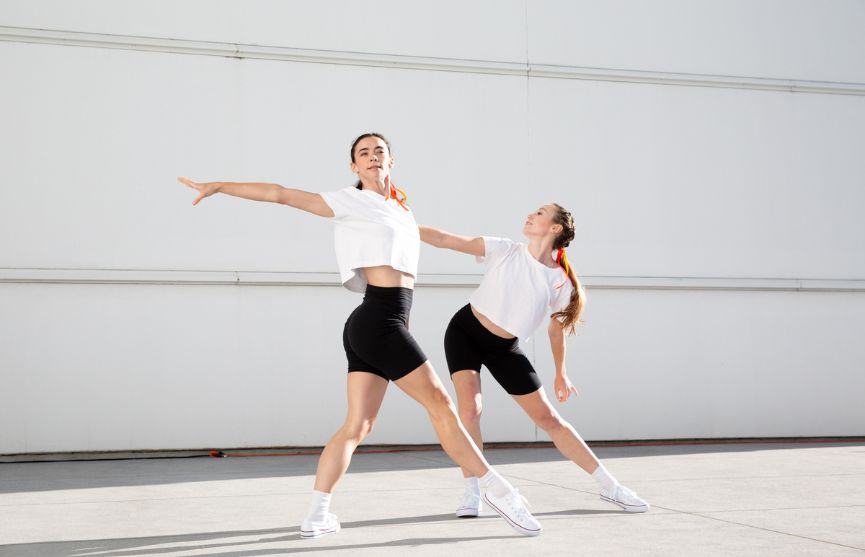 What steps can people take to help raise queer visibility in dance?

Young dancers should be able to watch a performance and see all different kinds of expressions of love being reflected onstage. They should be able to know there is a space for them simply by watching what occurs onstage.

Adriana Pierce, a former dancer with Miami City Ballet, has started an initiative called Queer the Ballet. She is working to create space for LGBTQ+ artists in the mainstream ballet sphere and choreographing beautiful ballets that showcase and celebrate queerness. You can check out her Instagram @queertheballet.

I envision a ballet world that has stepped farther away from codifying feminine and masculine steps or roles and a world in which dancers of all gender expressions are allowed to perform roles that can be performed by anyone despite their background or their sexuality. 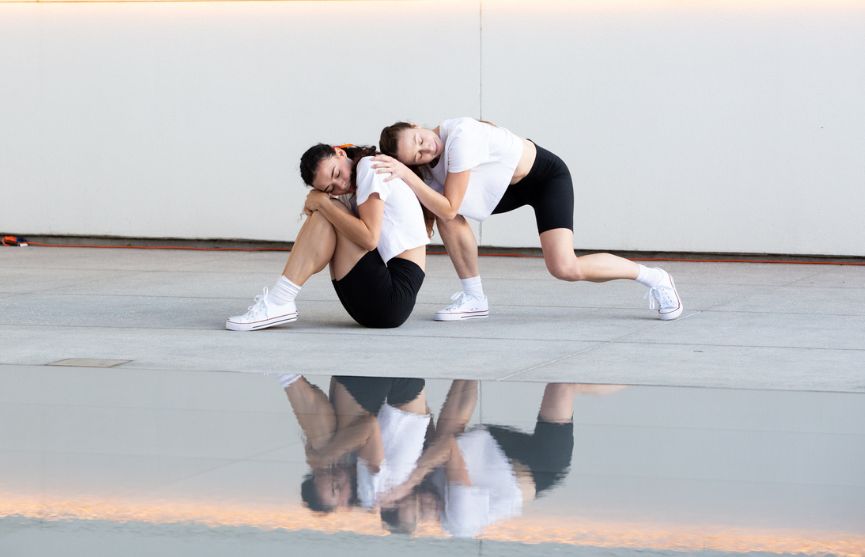 What can dance companies or company peers do to be an ally towards dancers in the LGBTQ+ community?

We are lucky at Miami City Ballet to be a part of such an inclusive and accepting family of dancers and staff alike.

In company class, for example, there are traditionally men’s and women’s steps given towards the end that are given specifically for those in flat shoes versus pointe shoes. The dancers here at MCB already take it upon themselves to try the men’s combination and the women’s combination alike.

It gives dancers more opportunities to hone their skills and diversify their repertoire of steps. When companies encourage this, I think it is one way they can support queer artists while simultaneously encouraging their dancers to push themselves in new ways. 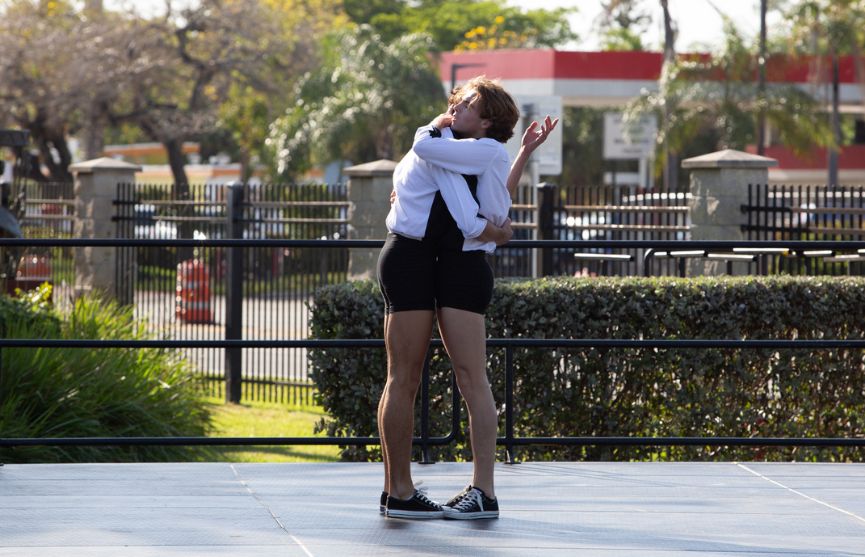 Ballet is such a powerful force that can bring so much good to a community, aside from just entertainment at performances. Ballet can be a refuge for children who don’t feel comfortable expressing themselves at school. Ballet is the ultimate vessel of self expression for so many professional and pre-professional dancers.

I know that ballet is deeply rooted in tradition, but so is every other major institution in this world. I am hopeful, looking at the trajectory of MCB and so many other companies around the world, that one day our stages will reflect the diverse narratives our society has to share.