In conversation with Lourdes Lopez (part one)

To speak with certainty about a coming season still “subject to change” may seem absolutely bold in times of the coronavirus. But Lourdes Lopez, artistic director of Miami City Ballet (MCB), faces adversity with the audacity of an insubmissive dreamer and enormous confidence in the future. She also knows that Miami’s dance audience is in dire need of good news.

So, knowing what MCB has prepared for its 35th anniversary season (“A love letter to South Florida” is the slogan) is a welcome palliative for the anguish of these days “at home”.  Even though it’s inevitable to begin our two-part conversation with Lopez by mentioning the aforementioned pandemic.

How is coronavirus affecting the activities of Miami City Ballet?

For now, all MCB staff is working remotely from home. The dancers have been sent home but are expected back for the start of their new season on May 18, provided that the government mandate to stay home, or to limit any groupings is lifted. The school started to offer online classes, first as a pilot program, just last week to the Pre professional classes, with Arantxa Ochoa, the artistic director for Miami City Ballet School, teaching an online class to see how it would work. The students and the parents loved it so much and the reaction was so positive that Arantxa is creating an entire online curriculum for all levels.

How do you anticipate the future of the dance in Miami after this crisis?

I am a very optimistic person and strongly believe in the ability of humanity to persist and its innate desire to be communal. MCB is a social organization that is dependent on our human connection to others. Since, the arts are in essence, social, this is a crisis for us. At MCB we bring people together to create and those creations inspire and transform lives, for the better. The abrupt change has been devastating because we exist to bring people together.

Right now, many organizations are moving to an online presence by offering performances, or events online, including MCB. But, at MCB it is not about ‘just watching’, it’s about ‘engaging’. If all we do is put performances online, its entertainment, there’s nothing wrong with that, but the human connection is lost. The ability to change, or transform, is lost. We are in the process of thoughtfully curating our online presence and really thinking of how, when and why, we put something out to our audience that is meaningful.

A note to those interested: This is an especially complicated issue for a large company like MCB. For example, having presented Firebird with live music, MCB has no choice but to negotiate with the musicians’ union to broadcast the recording of the performance regardless of the circumstances – coronavirus included. For a small company using recorded music the process is simpler.

For me, human nature tends to remain constant, and I do believe that we will rebound from this and that people will want to be with people again and continue where we left off. However, hope is not a strategy and some changes will need to take place, especially if a vaccine is not available soon.

For the arts to start to re-imagine, or re-position themselves, a few things need to happen during these next few months, while the arts stabilize so that we can calmly and thoughtfully think of what the future might look like and what kind of changes might need to happen and what the new landscapes might be like. We cannot transition overnight and certainly when our revenue stream, people, is not available. 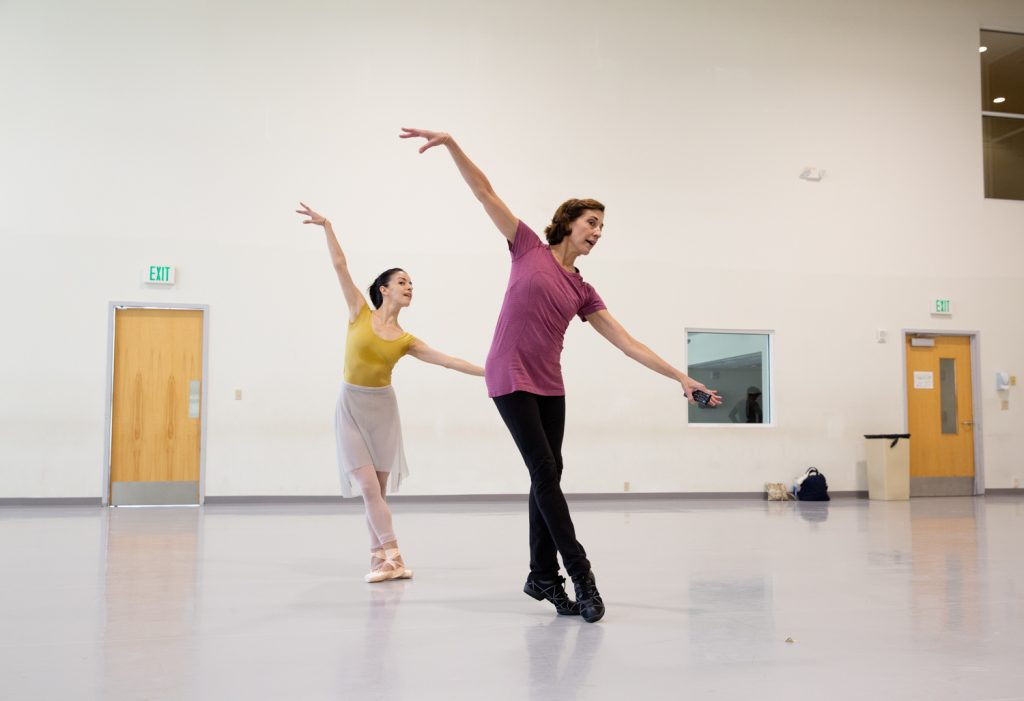 And city government to understand the economic impact of the arts in Miami. The Miami-Dade Cultural Affairs reported that Miami-Dade County’s nonprofit arts and cultural organizations represent a significant business industry in Miami-Dade County–one that generates almost $1.1 billion in local economic activity, an almost 17% increase over the last study released five years ago. This shows that the arts are an effective catalyst for a strong economy. The arts are a critical part of the economy. 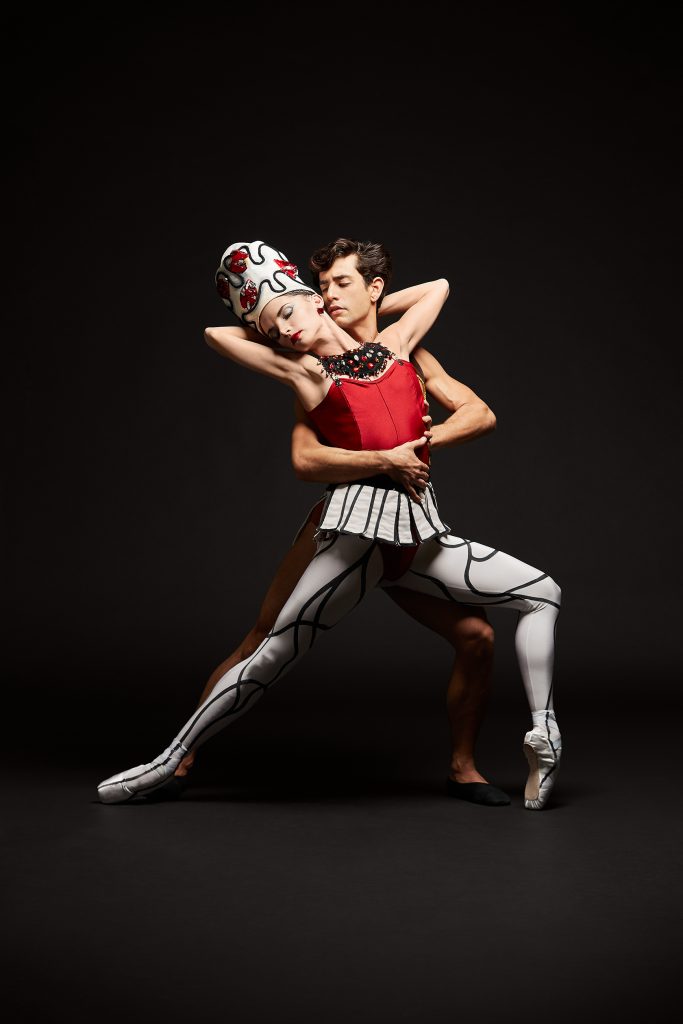 López has been at the helm of the MCB since 2012, when the company had 42 dancers and now has 53. But the increase in the number of dancers is not the only thing different.

How Miami City Ballet has changed under your artistic direction?

I think the biggest change has been to the repertoire. I do believe it has increased, not only the number of commissions, but with new existing ballets added to the repertoire. This is what feeds our dancers and audiences. These new works entering our repertoire is what informs our dancers and audiences, it’s a journey of discovery that we all embark on together, it’s like growing together.

I also feel that MCB is now more visible in the community, we have been able to integrate ourselves into the fabric of this city. This has been done through our community engagement initiatives, through our school where we offer professional training for students and through our messaging- we are here to transform and change lives and at MCB every department, every dancer, every artist, every faculty member, every staff member believes in that and works towards that end. This is a powerful art form that we have dedicated ourselves to.

Judging by the information just released, the upcoming MCB season promises to be an ambitious and unique event: Don Quixote performances that were forced to be suspended just a few days ago will be added to their customary season format of four programs plus The Nutcracker. 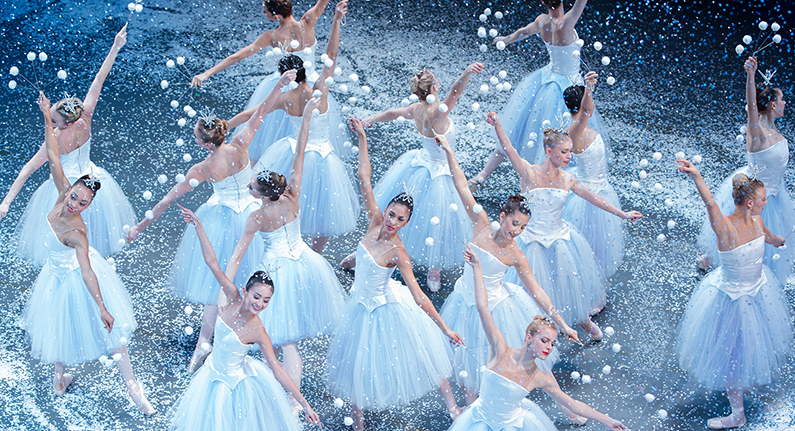 What is the main idea behind the 35th Anniversary Season?

First and foremost, it is a celebration of South Florida’s vibrant and richly diverse arts and culture scene, and the audiences that have been there throughout the company’s remarkable 35-year journey. It is also a celebration of the past (Prodigal Son / Afternoon of a Faun), the present (Ablaze program) and the future of ballet (Ratmansky being the future).

The “present” Lopez talks about is the world premiere of works created by Durante Verzola, Claudia Schreier and Jamar Roberts together in the same program and the “future” is the U.S. premiere of the acclaimed reconstruction made by Alexei Ratmansky based on the original 1895 Swan Lake by Petipa and Ivanov.

All the above makes the 35th anniversary season of MCB an artistic offering designed to please the most demanding balletomane and the general public.

In the second part of our conversation with Lourdes Lopez she discusses challenges and achievements, the future of Miami City Ballet and reveals some of the secrets of Ratmansky’s Swan Lake.

Tickets for the Miami City Ballet 2020/21 season with performances at the Arsht Center (Miami), Broward Center (Ft. Lauderdale) and Kravis Center (West Palm Beach) are currently available only as part of a subscription. Individual tickets will go on sale later in the year. To stay up to date on dates, learn more about the works and programs mentioned here or purchase a subscription, visit miamicityballet.org or call (305) 929-7010.

This interview was originally published on ArtburstMiami.com, a nonprofit source of theater, dance, visual arts, music and performing arts news.

PHOTO 2:  Lourdes Lopez and Katia Carranza during a rehearsal… before the coronavirus. Photo: Alexander Iziliaev (courtesy)

PHOTO 4: “The Nutcracker will be back in December. Photo: Alexander Iziliaev (courtesy)