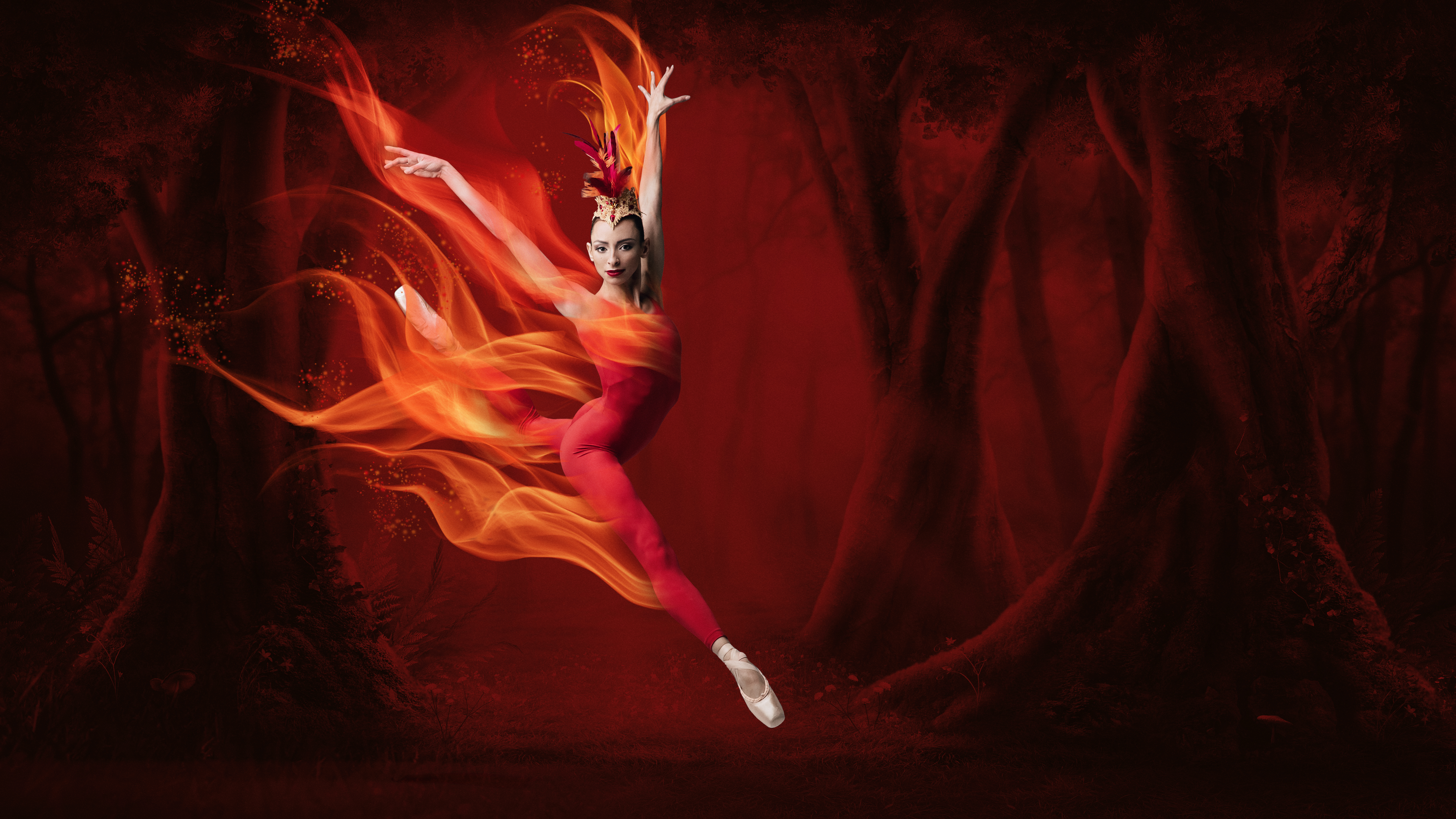 Taking Flight: The Making of Firebird

Firebird, the magical Russian folkloric ballet that propelled New York City ballet to stardom in 1949 is about to soar straight into the hearts of South Florida audiences when it debuts in February in Miami.

This is no easy feat. In fact, this is the first time the iconic ballet will be seen anywhere outside the Big Apple. Why is it that this sensational Firebird has been so elusive? Artistic Director, Lourdes Lopez explains:

“The ballet has designs by Marc Chagall. When NYC Ballet moved from City Center to the Koch Theater, Chagall himself painted most of the sets, including the tapestry that was put on the floor. As a dancer, when you step on to it, you think, oh wow, I’m stepping on something truly priceless. 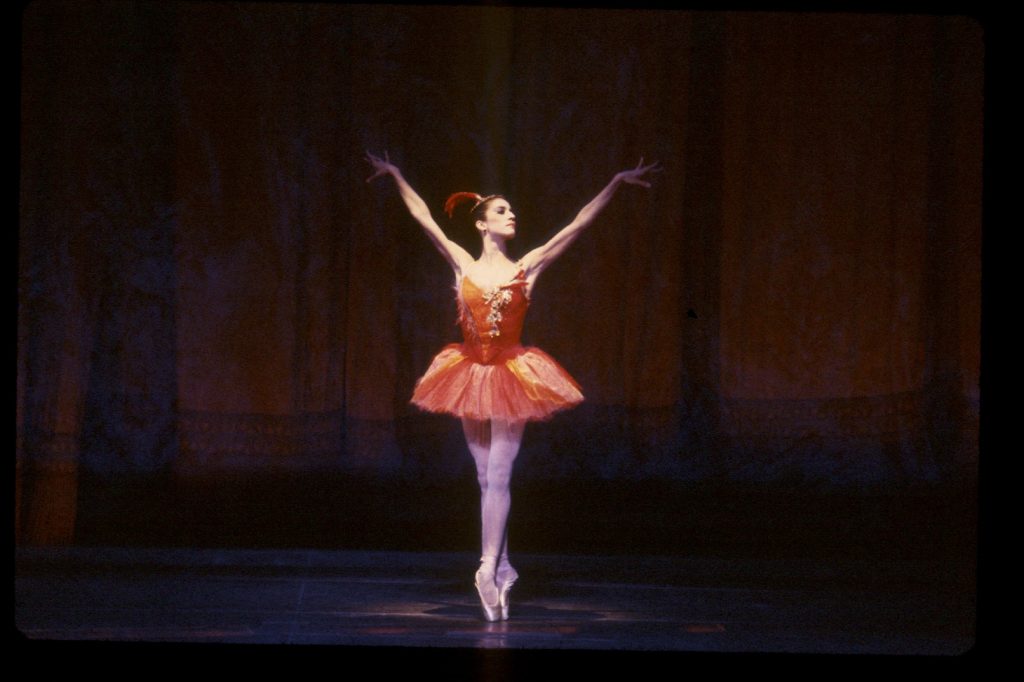 Firebird is a ballet that I have grown up around, and I have always loved it. At 14, I was one of the supers, later I was a lead monster, then a princess, and finally the Firebird. I’ve had my eye on bringing it to Miami City Ballet for some time but wasn’t quite sure how to do this. Then it occurred to me, when we did the new Nutcracker sets and costumes, maybe there’s a way to pay homage to Chagall through projections. I approached the Robbins and Balanchine Trusts. They said, ‘Well instead of that, why don’t you just redesign it.’ This isn’t a reimagining like our Midsummer Night’s Dream, where we’ve taken the ballet from one setting to another… Firebird still takes place in its original Russian folkloric setting but this one isn’t Chagall. The choreography, however, is still Balanchine and Robbins.” (Balanchine did most of the choreography, while Robbins did the monster section.)

To bring Firebird to life Lourdes tapped projectionist Wendall Harrington, AKA the Queen of Projection and designer of countless Broadway productions, including Disney’s Beauty and the Beast, to handle design. As the two collaborated, they both felt strongly that the beauty in Firebird is that you have three of Russia’s most prolific and celebrated artists – you have Igor Stravinsky, George Balanchine, and Marc Chagall. Firebird is Russian folklore that simply cannot be set anywhere else. Which led them to Anya Klepikov for costume and set design.

Anya Klepikov, the much sought-after costume designer of opera and theater, explains her connection to Firebird:

“When I was a child growing up on the Crimean Peninsula, my mother’s friend, who was an artist, she had this tiny business on the side. She would decorate kitchen cutting boards with images of the Firebird, so that is my most vibrant encounter with the Firebird from my childhood. I still have a cutting board like that in my kitchen, so when this show happened in my life, it was a very intimate connection for me. I never saw it live, but I grew up in Russia until the age of 11, well, it was Ukraine, Crimean Peninsula, watching ballet and admiring the dancers.” 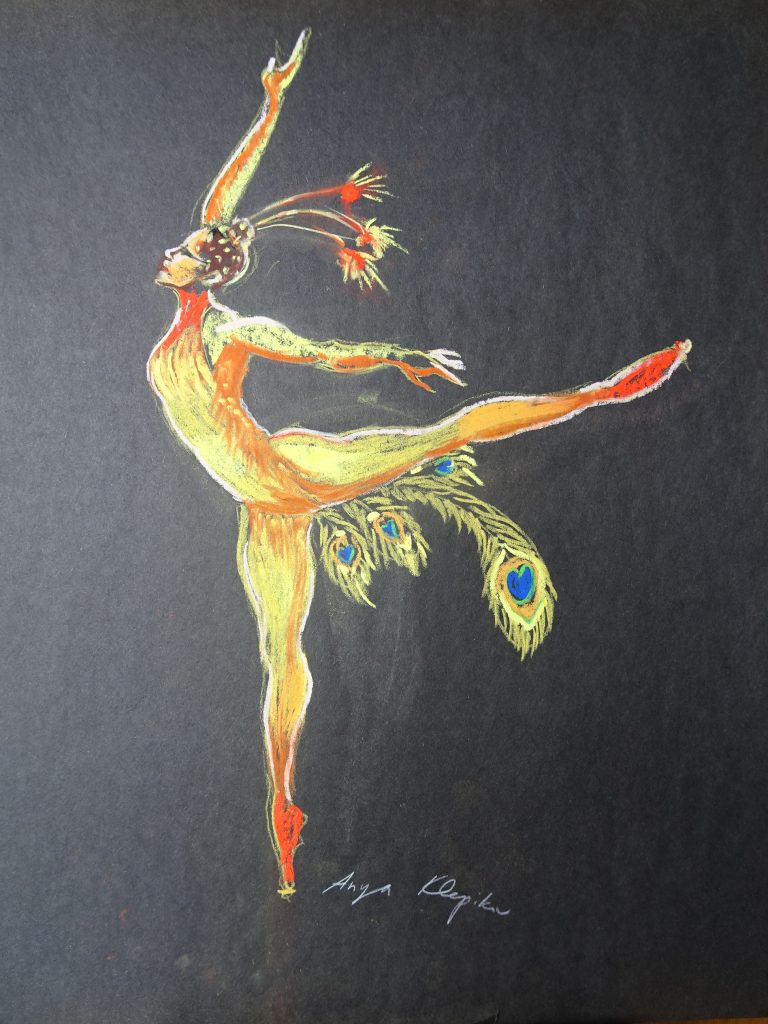 Firebird debuts on Feb 14 with performances in Miami, Broward and West Palm Beach through March 1.
Tickets from $30