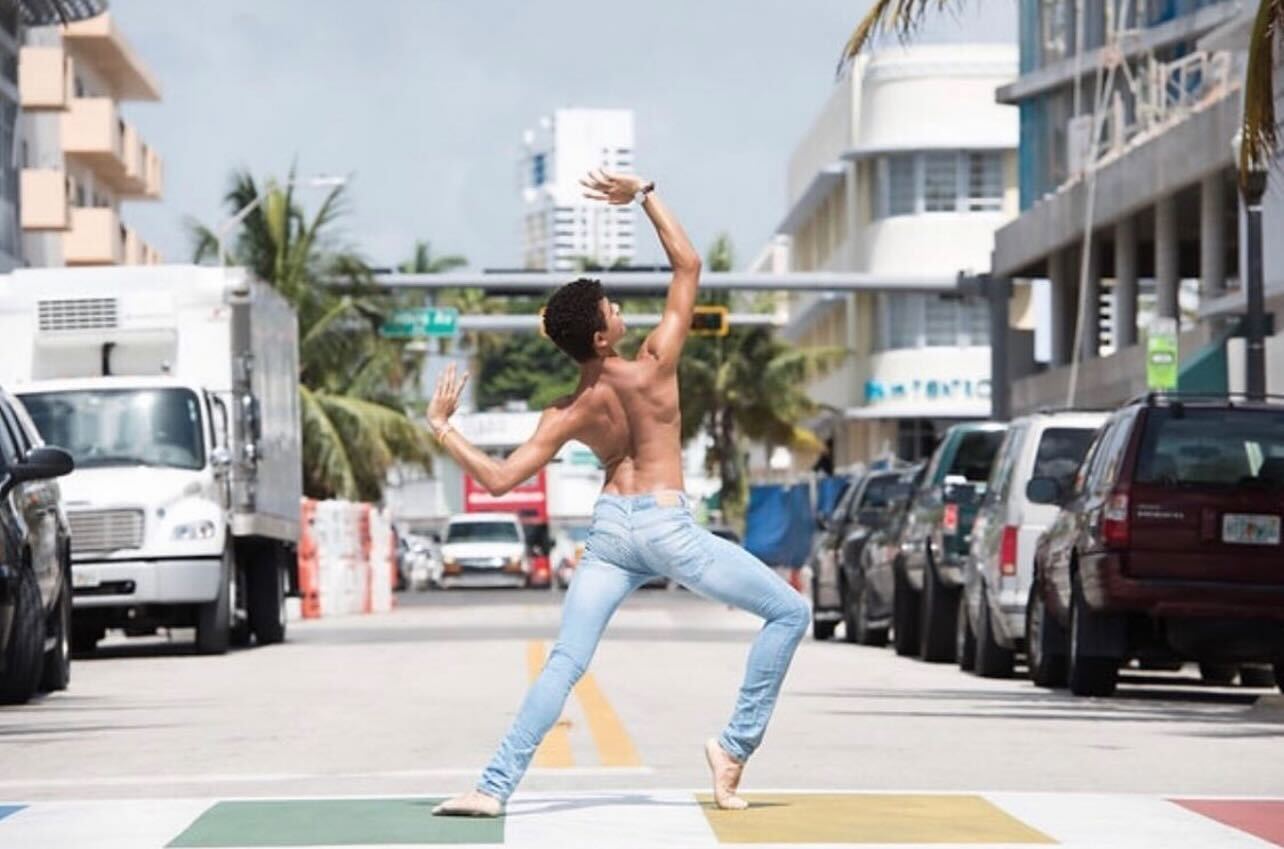 This Black History Month, MCB celebrates the extraordinary Black artists that have made an impact at Miami City Ballet and who continue to contribute to a more prosperous and more diverse cultural and creative landscape.

MCB corps de ballet dancer Luiz Silva shared his thoughts with us on being a Black dancer in ballet.

“It didn’t take me long to realize I was different as a Black artist. Not in the way I moved, but mainly in the way I looked; I am not the “traditional look” of a ballet dancer, with my black features given to me by my mother. I realized as I started to pursue classical ballet as a profession that boundaries and norms would have to be broken for me to accomplish my dream, and in the process, I realized we, as a community, have a bigger goal to achieve.

Our collective goal is to represent and show that things are changing for the better in the dance world. An effort is being made to diversify dance and celebrate and cherish the other amazing BIPOC artists out there who inspire dancers. I believe we are all connected as one through shared culture, ancestry, practices, and beliefs. We must make space to acknowledge the effort to include, learn, educate, and diversify our communities.” 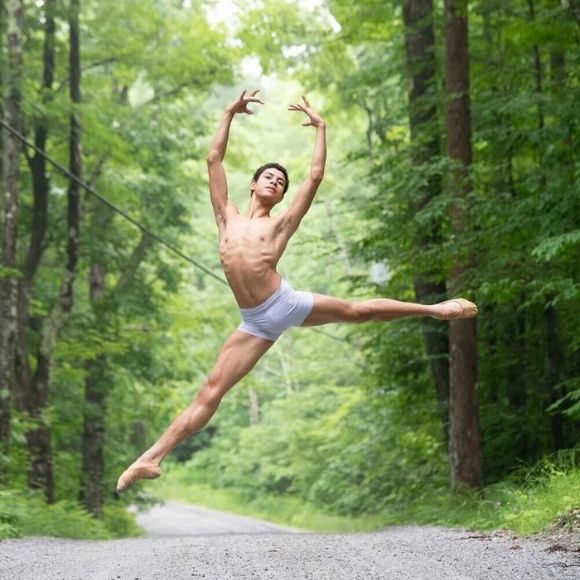 We also caught up with former MCB dancers, Christina Spigner, Erika Lambe, Kareen Camargo, and Myrna Kamara who graciously shared some of their fondest memories from their time dancing at MCB along with personal perspectives and stories.

Click on the dancer names below to jump to their stories. 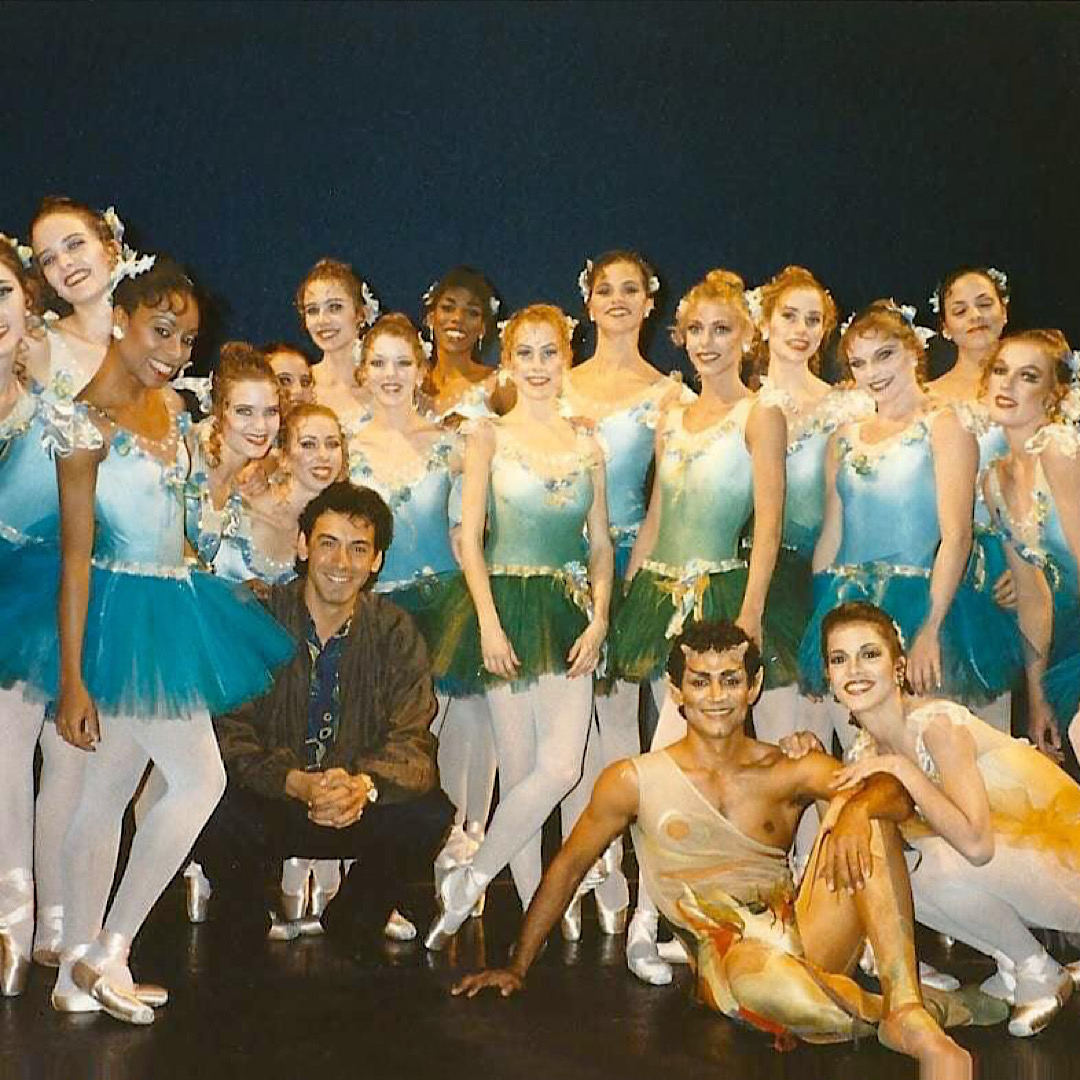 “I worked with MCB for 9 years (including student and company apprenticeship). I also attended MCBS for 3 years.

My favorite memory: My surprise debut as Sanguinic principal in Balanchines’ The Four Temperaments. After a Sunday morning class in the theater, my rehearsal director (Roma Sosenko) asked if I would be ready to perform Sanguinic for an injured colleague/friend. I was filled with equal parts excitement and anxiety, as 1. I would dance with a brand-new partner, 2. only have a brief time to rehearse onstage beforehand, and 3. was imagining myself finally getting the opportunity to perform one of my bucket list ballet roles–all within the hour.

I said, “Yes!” as calmly, confidently, and with as much composure as I could muster, and my adrenaline was really pumping at this point! I went onstage with all the emotions, and I had the time of my life. I felt calm, confident, and free. Chase Swatosh (current MCB principal dancer) was my partner, and he was such a rock and comfort for me before and during the performance. I was incredibly grateful for him and his moral support. It was a surreal experience. I remember coming offstage saying, “Thank you, God, my dreams have come true!”

All my friends and coworkers surrounded me afterward and congratulated me on a beautiful performance and rising to the moment. This performance was one for the books and one of my proudest and most enjoyable moments onstage!

A very (very) close second was dancing “Russian Girls” in Balanchine’s Serenade, with Jeanette Delgado as Russian Girl principal–that was a full-circle moment. The Delgado sisters (Jeanette and Patricia) were why I wanted to dance with Miami City Ballet. Seeing other minority women dancing so beautifully and having a successful ballet career at this Company allowed me to believe in my chances of making it in the Company and allowed me to see “someone like me.”

I am currently Director of Ballet at a dance school in Phoenix, Arizona, my hometown. I teach children ages 7-18, manage the curriculum, placement, and syllabus, choreograph, and teach 1:1 for students needing audition coaching, technique lessons, or conditioning/stretching tips.

Additionally, I host private instruction or dance conditioning work in-person and via Zoom. I am also a Progressing Ballet Technique instructor and a DEI-certified professional, and I try to bring those principles into everything I do. I am very intentional with holistic practices and bring mindfulness, body positivity, and affirmations into my classroom to allow my students to feel safe and supported yet challenged to be the best dancer and humans they can be.” 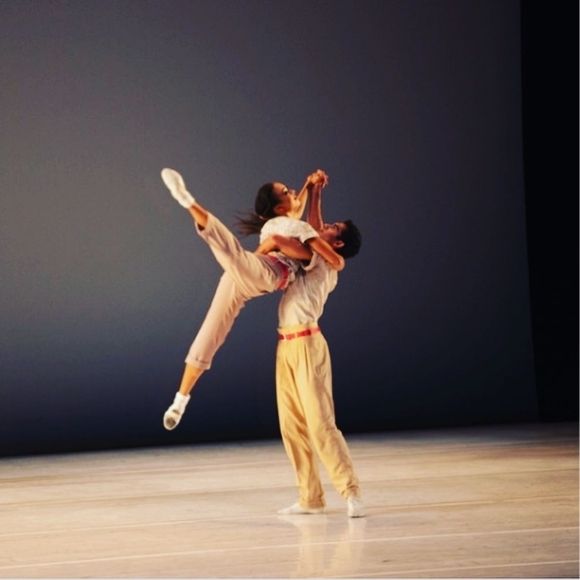 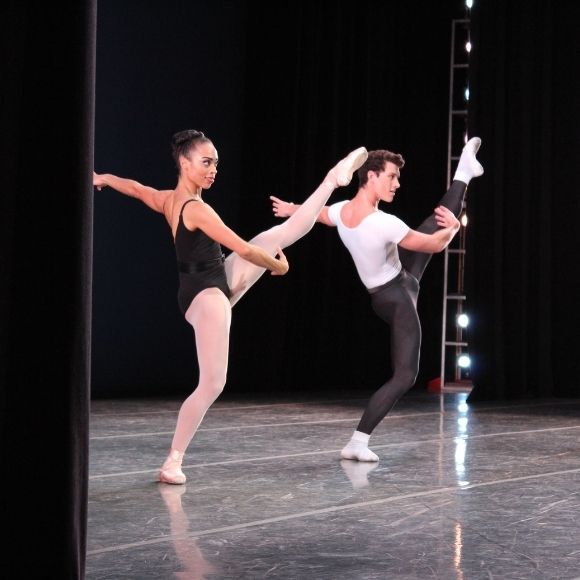 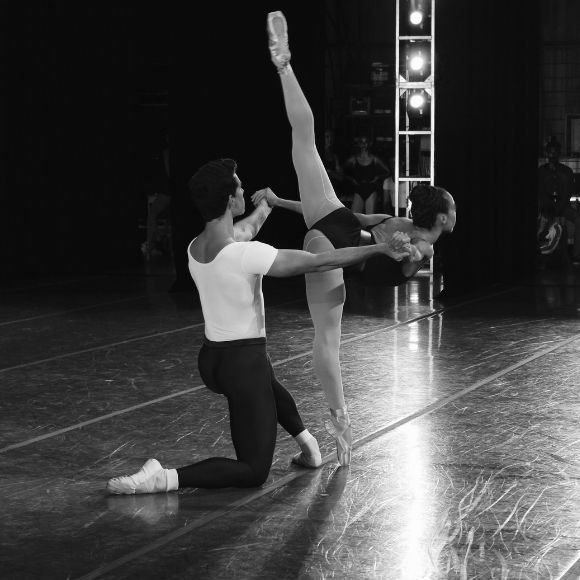 “I grew up in Brookline Massachusetts and trained at Boston Ballet School. My Grandfather was the famous tenor, Roland Hayes. I was a company member with Miami City Ballet, from 1990 to 1993. I came to the company from Dance Theatre of Harlem. I danced with DTH, for about three years and left because I wanted to see if I’d get to dance as much in a company that was not mostly African American.

I have a lot of memories from MCB. I did Coffee in The Nutcracker, which was fun. I really liked Valse Fantasies. I loved dancing Jewels. We did all three Emeralds, Rubies and Diamonds. The Scherzo in Diamonds was a lot of fun. I loved our first European Tour. We went to England, France and Scotland.

The dancers were amazing, and we were like a little family…

In 2001, I was Boston Ballet’s first Black Sugarplum Fairy.”

In 2005 Erika retired from dancing and went on to teach. She is currently teaching Ballet for the Tony Williams Dance Center and the Northeast School of Ballet and is the Principal Ballet teacher for The City Ballet of Boston’s scholarship program. She still performs character roles such as the Mother in City Ballet of Boston’s The Urban Nutcracker and rehearses the children and some divertissements.

The Urban Nutcracker is Tony Williams’ take on the traditional Nutcracker story, set in present-day Boston. It celebrates the diversity of the city and blends classical music with the rich and soulful music of Duke Ellington. 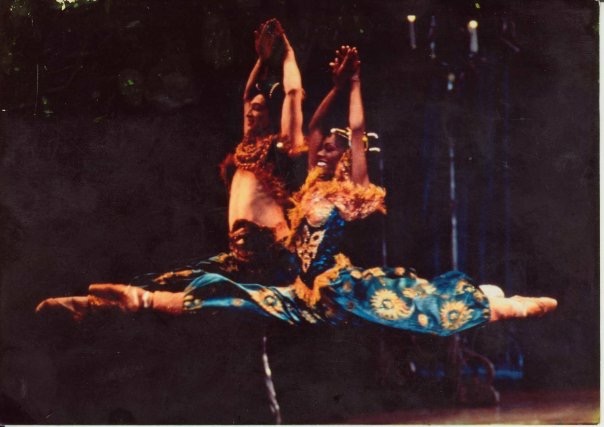 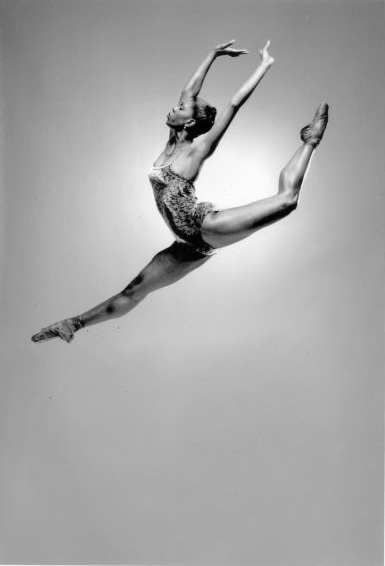 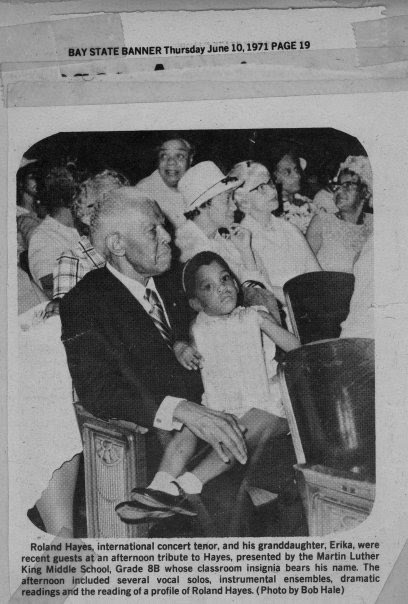 “I came to Miami City Ballet in 1990 after having danced with Dance Theatre of Harlem for several years. I remember auditioning at SAB with a class led by Elyse Borne while Edward Villella watched. A few weeks later I received a phone call from Edward Villella himself, wanting to know if I’d like to be a part of the company! I believe that he hired myself, Erika, and Myrna based on our talent, not our color. I was with the company until 1997. I was asked to come out of “retirement” to do some Nutcrackers in 1997 and performed in Stars and Stripes in 1998, while pregnant with my first daughter!

I have nothing but fond memories of my time at MCB. Some of the wonderful tours were to Scotland (performing in the Edinburgh Festival), Ecuador, and dancing Serenade outdoors at The Wolftrap Festival while trying not to be eaten alive by mosquitoes! My favorite roles were lead Marzipan in The Nutcracker, the running girl in Paul Taylor’s Esplanade, Pennsylvania Polka in Company B, and the red pointe shoe solo girl in Scotch Symphony. I’m honored and privileged to have danced so many Balanchine ballets and to have been taught and coached by so many incredible people, like Violet Verdy who set Emeralds on us.” 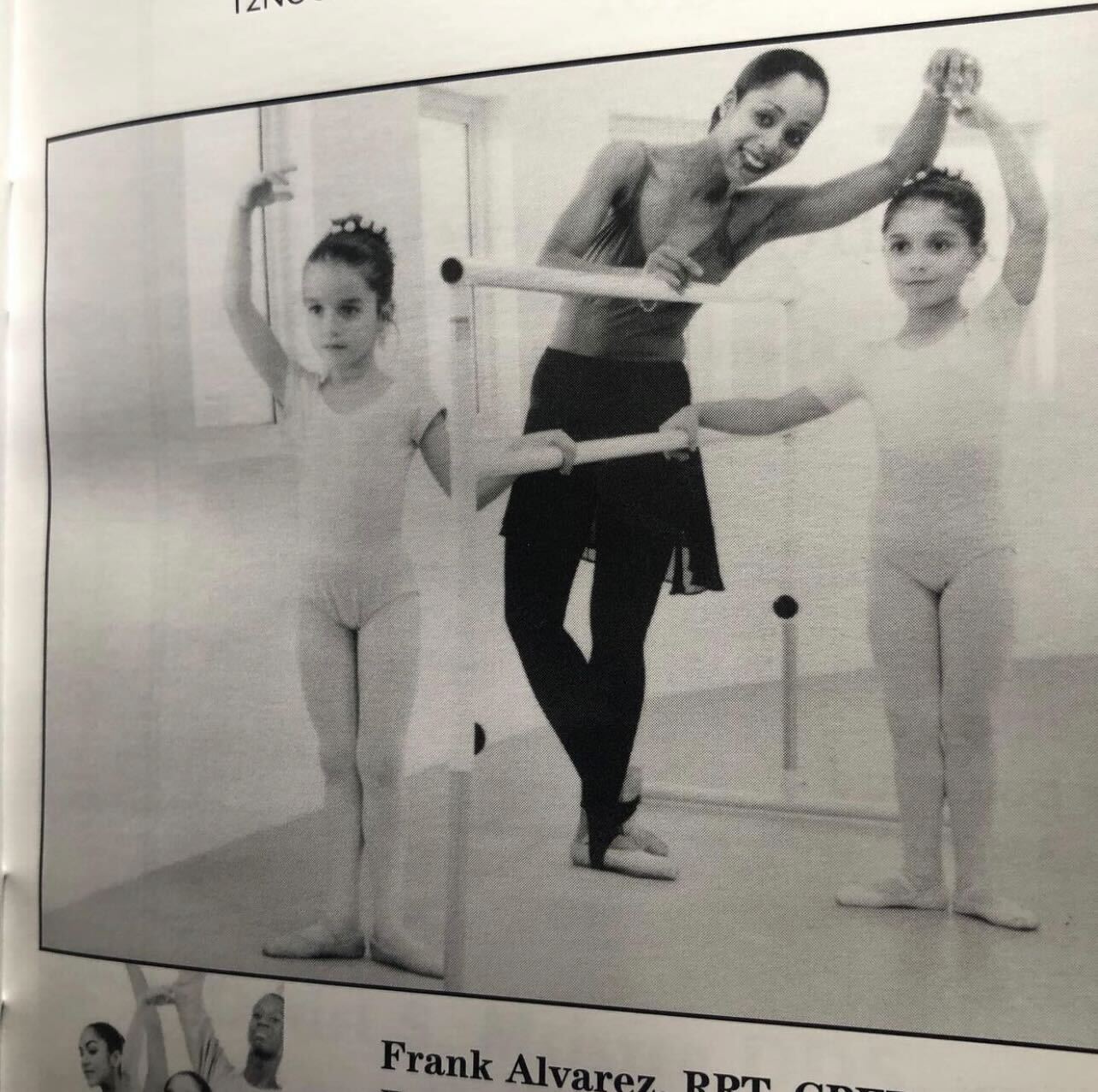 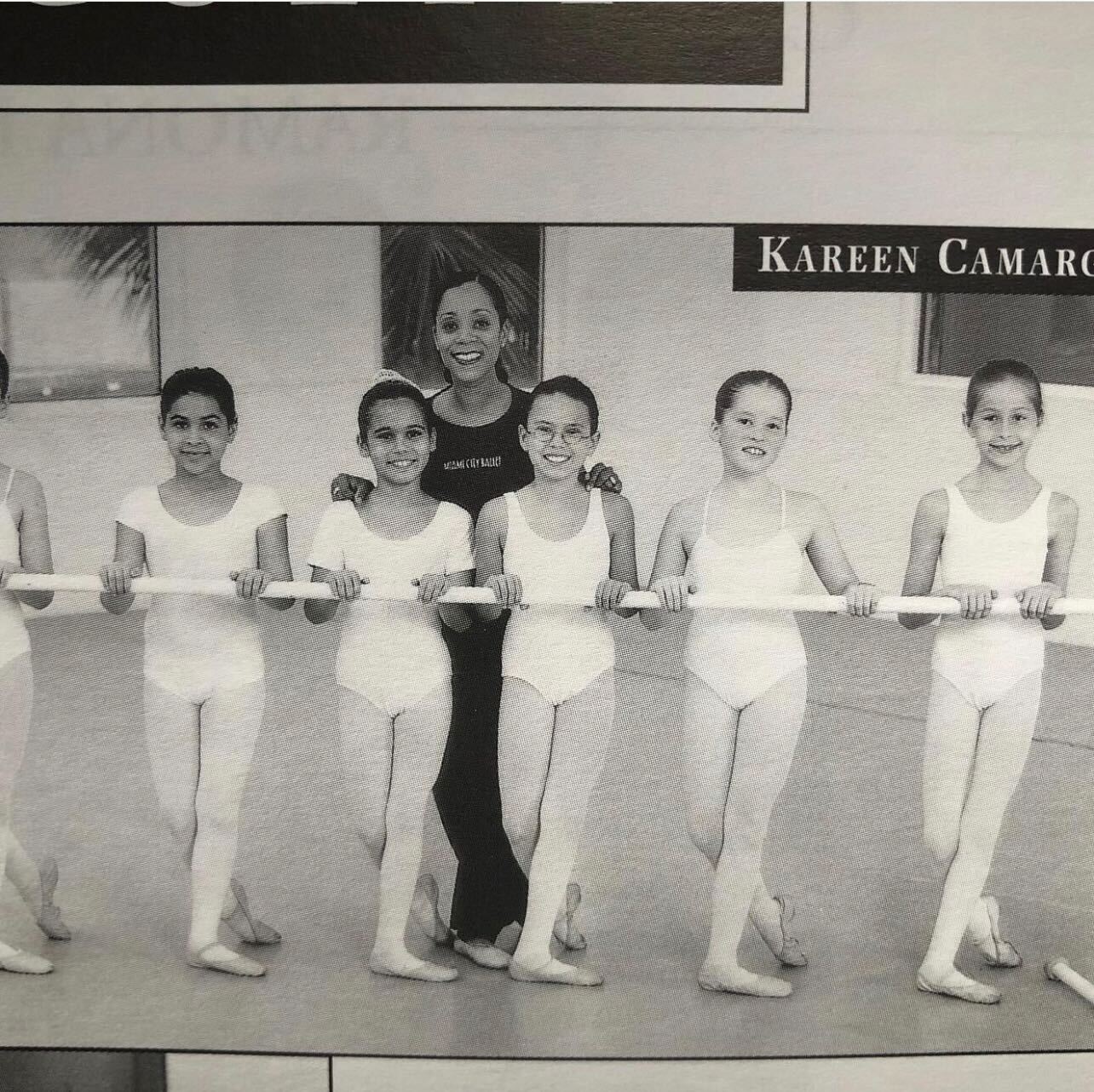 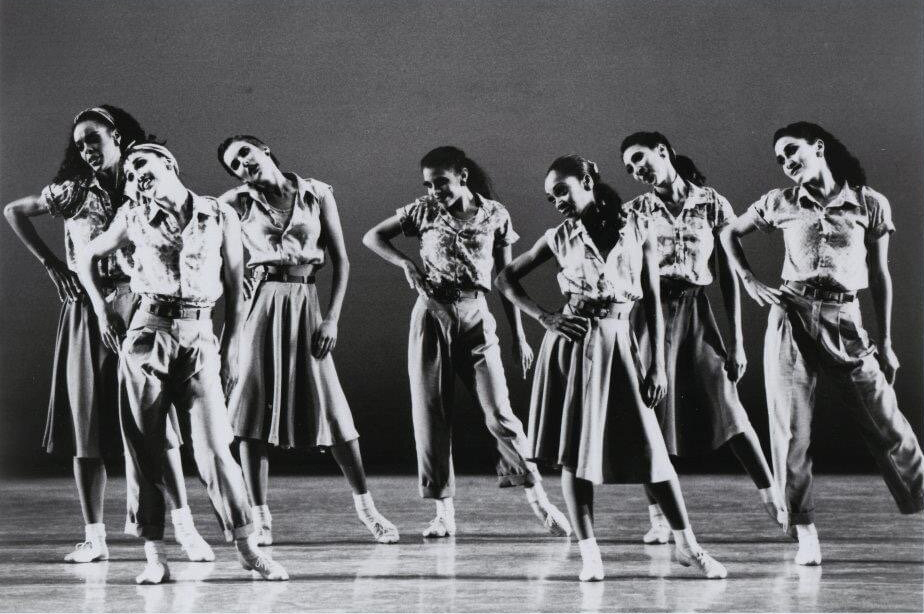 Myrna received her early ballet training with Ellen Gwiazdowski and Peggy Lynne in Baltimore, Maryland. After studying one year at the Washington Ballet School in D.C., she pursued her studies at the School of American Ballet in New York.

From 1984 to 1989, Ms. Kamara was a member of the New York City Ballet where she danced roles in ballets by George Balanchine, Jerome Robbins, Peter Martins, Eliot Feld and Lar Lubovitch.

In 1990, Myrna Kamara joined Miami City Ballet, working with director Edward Villella, and was subsequently promoted to principal ballerina. There she received critical acclaim for her performances in the Balanchine repertoire including the Coffee solo from The Nutcracker, the Siren in Prodigal Son, Calliope in Apollo, the solo girl in Rubies, the Russian girl in Serenade, Allegro Brillante, Who Cares, Bugaku, Agon, Four Temperaments, and many more.

Her final company contract was with Maurice Bejart from 1996 to 1999 in Switzerland. Since then, Myrna has appeared as a guest artist throughout the United States and Europe. Some of her well-known performances were at the Arena di Verona for her notable and distinguishing performances in Aida, working with Placido Domingo for his Gala evening of Carmen and performances of Aida in Japan, performing Franco Zeffirelli’s Aida in Teatro alla Scala (Choregraphy Vladimir Vassiliev), an evening event for Bulgari at Terme di Caracalla in Rome with Roberto Bolle and Andrea Volpintesta, Gala des Ètoiles in Luxembourg (where she performed two Balanchine pas de deux licensed from the Balanchine Trust), and performing for the last two closing night galas on the occasion of the 20th anniversary of the “Miami International Ballet Festival”. Other tours included the Spoleto Festival, the Edinburgh Festival, the Leonide Massine Festival, South Africa, Portugal, Japan, and the Kennedy Center, to mention a few.

Most prominently, Myrna Kamara is the director and a performer of her own dance company, balletXtreme, a strong neoclassical contemporary ballet company performing works from diverse internationally renowned choreographers. 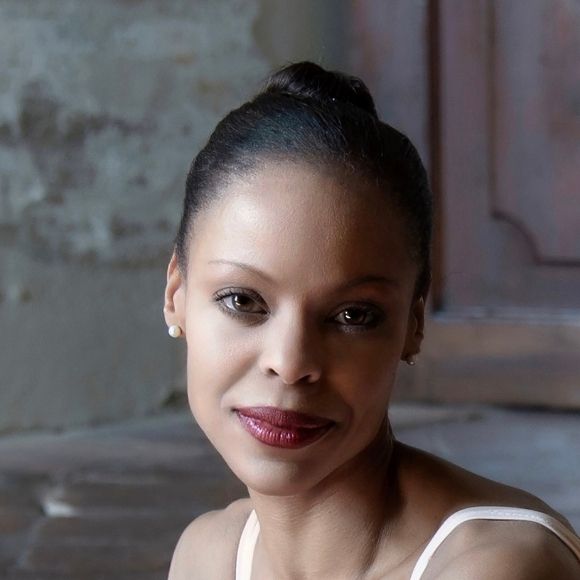 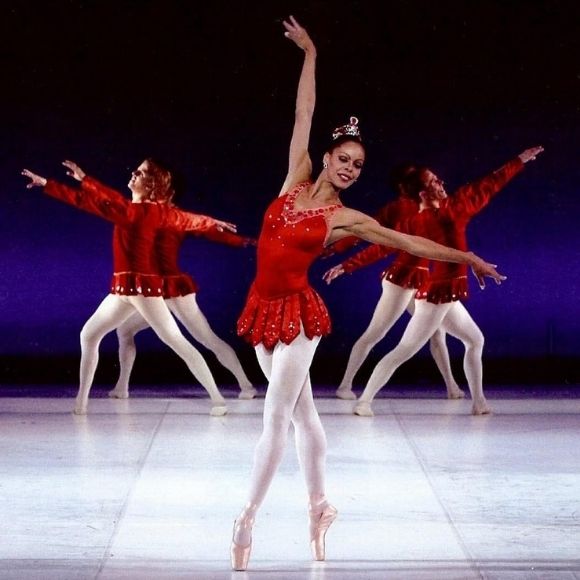