There are a handful of coveted roles where dancers can spend their entire careers dreaming of being called to rehearsal – the moment when a small selection of dancers is chosen to learn various ballet roles – usually by the choreographer or a repetiteur (a person with extensive knowledge of a particular ballet). When that role is Juliet set to John Cranko’s stunning choreography and Sergei Prokofiev’s timeless score, that desire and anticipation grow exponentially.

We chatted with principal dancer Katia Carranza and Isadora Valero, who joins MCB’s corps de ballet this season, to discuss their approach to translating Shakespeare’s immortal words into the beautiful dance you see on stage. 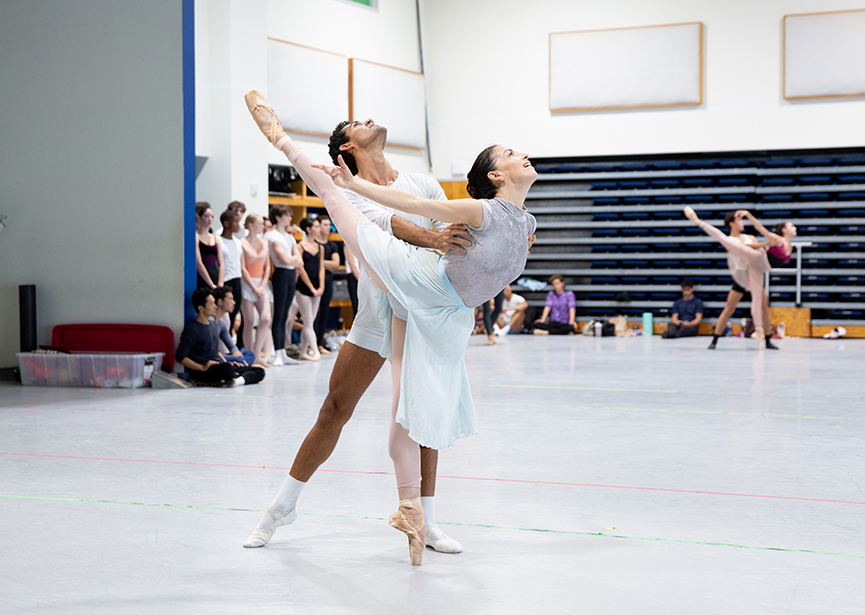 (Katia learned Cranko’s Juliet as part of MCB’s 2010/11 season and has performed Jorge Amarante’s Romeo and Juliet in Mexico. This is Isadora’s first time learning the role.)

Why do you think this ballet is so famous?

Isadora: John Cranko made the first iconic Romeo and Juliet. Let’s say he has set the bar. It’s a beautiful play, a great combination of drama, dance, and theater. So many of us can identify with the passion and intensity of young love. I can recall what it feels like to be a teenager. All the hormones, the transformation into adulthood, and all the emotions!

Katia: Yes, and the music is incredible!

What did it feel like to be called to rehearsal?

Katia: I honestly feel so excited to be able to perform this role again. It’s a great opportunity I have been given.

Isadora: It’s funny. I was in the stairway, and a colleague congratulated me. I was shocked! This has been my dream role for a long, long time, and I wished for it from the bottom of my heart. But I was not expecting it.

What is the biggest challenge you have faced learning this role?

Katia: Studying the interpretation of the character; to be able to tell the story to the audience and reach their feelings.

Isadora: It’s like the body is doing the whole dialogue… telling this story and becoming Juliet.

Many consider the Balcony Pas de Deux one of the best created. What makes this pas de deux so unique?

Katia: Cranko tells you precisely what he wants you to share with the audience, making every lift, movement, and port de bras emotionally powerful.

Isadora: And he created Juliet on Marcia Haydée, who was so special and so fearless. This ballet would not be the same without her.

Have you ever suffered a broken heart:

Katia: I think everyone suffers a broken heart at some point. But with time, you understand and grow from these experiences.

Isadora: Actually, I have not. I guess I’m lucky. Or maybe the one who breaks hearts…? 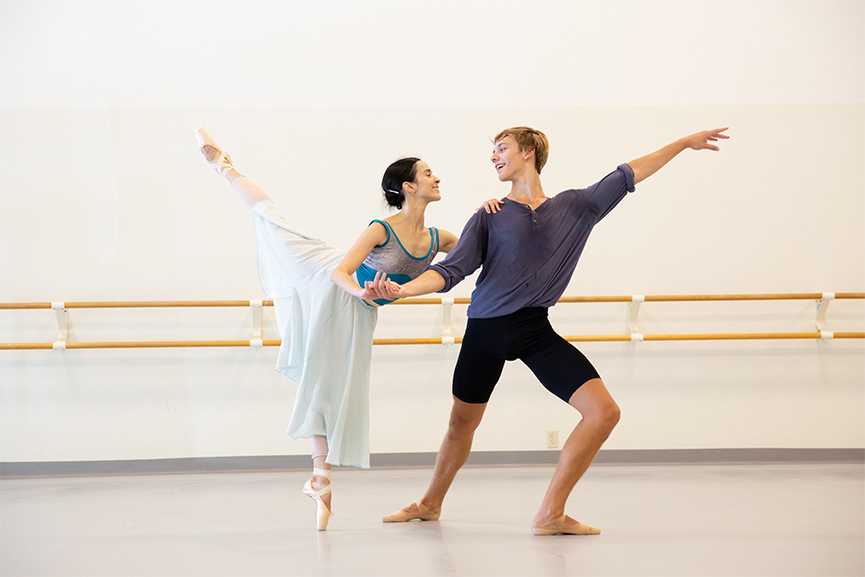 And finally, what do you think is the most romantic place in Miami?

Katia: I think the view from the Bay can be the most romantic place in the right company.

Isadora: Anything that connects me to nature feels very romantic. After filming a video for Romeo and Juliet at dawn one morning, I would say that sunrise on Miami Beach is the most romantic thing I’ve ever seen.

Experience the ballet that “packs a powerfully seductive emotional punch.” — The Miami Herald